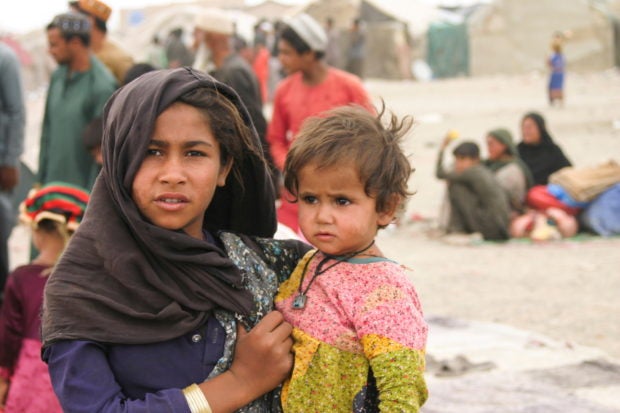 Siblings who arrived from Afghanistan with their families are seen at their makeshift tents as they take refuge near a railway station in Chaman, Pakistan September 1, 2021. REUTERS FILE PHOTO

“Half of the (Afghan) population is now at risk, including more than four million women and around 10 million children. It is our responsibility to be at their side in this new ordeal,”  Le Drian told a high-level ministerial meeting on the situation in Afghanistan following the withdrawal of US troops.

France promised “100 million euros to tackle this emergency,” he said.

The meeting, hosted by UN chief Antonio Guterres,  came just under a month after the Taliban swept into power, sparking a chaotic exit for the United States and its allies after 20 years in the country.

The half-day conference was seeking to raise over $600 million which humanitarian agencies say is urgently needed to provide life-saving aid to millions of Afghans.