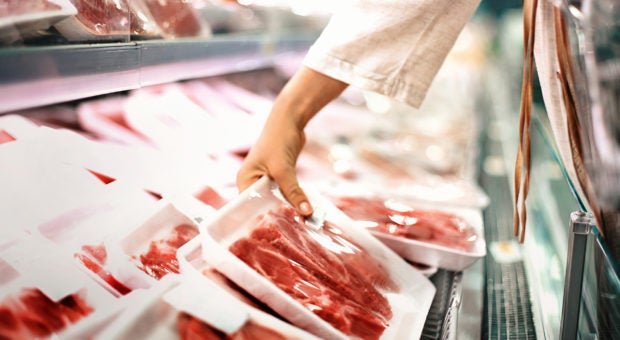 Image: gilaxia/Istock.com via ETX Daily Up

The livestock farming industry accounts for a significant share of greenhouse gas emissions. Nevertheless, global meat production could still increase by 13% between 2019 and 2029, for a total production of 366 million tonnes of meat, according to NGOs.

This data features in the Meat Atlas, a report produced by the Friends of Earth Europe NGO and the Heinrich-Böll-Stiftung foundation (Cologne, Germany). It also states that more than 2,500 investment banks, private banks and pension funds worldwide invested a total of $478 billion in global meat and dairy companies between 2015 and 2020.

According to the report, meat production could increase further to a total of 366 million tonnes by 2029, one year before the target year for the UN’s Sustainable Development Goals. The report also points out that a handful of countries monopolize 60% of this market: Brazil, China, the United States and members of the European Union.

To halt this rate of production, the solution is clear for the report authors: “To protect biodiversity and the climate, the developed world will have to halve its consumption of meat.”

“Because many people already believe the climate is a reason to eat less beef and pork, governments have
enough public support to reduce meat consumption,” the report suggests.

Solutions suggested by NGOs to reduce the amount of animal products on our plates, include the growing success of lab-grown meats.

“Vegan and vegetarian alternatives to meat are gaining popularity fast, making them tastier for big firms, too. Competition is likely to flare up around in-vitro meat: start-ups developing lab-grown products are sprouting everywhere,” the report explains. JB

Is the ‘tote bag solution’ actually part of the problem?