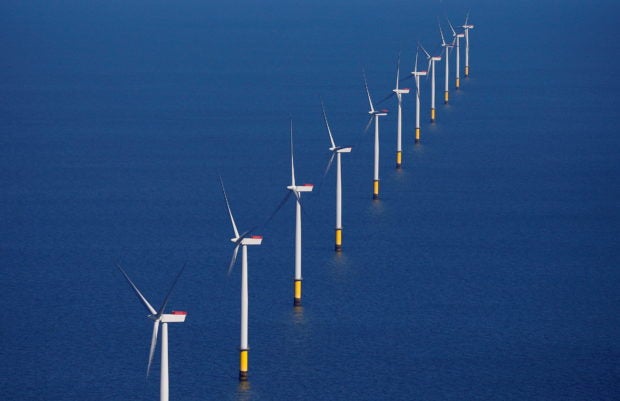 LONDON — The British government announced on Monday the biggest auction round of its renewable energy scheme, hoping to build up enough extra offshore wind capacity to power about 8 million homes.

Under its Contracts-for-Difference (CfD) scheme, qualifying projects are guaranteed a minimum price at which they can sell electricity. CfD contracts are offered to power generation companies at auction.

The scheme, launched in 2014, is the government’s primary method of encouraging investment in low-carbon generation in Britain.

The latest round, its fourth, aims to double renewable electricity capacity secured compared to the third round, when Britain allocated 5.8 gigawatts (GW), and to secure more new capacity than the previous three rounds combined, the government said.

The latest round will provide 200 million pounds ($277 million) to support offshore wind projects and ensure Britain hits a target of 40 GW of installed capacity by 2030, up from 10.4 GW at present, the government added.

In addition, the auction will include offering 10 million pounds to add 5 GW of more well-established renewable technologies, such as onshore wind and solar projects.

Final levels of support and capacity could be higher and will be announced before the round opens in December, the government said.

“The new plans set out today … will support the next generation of renewable electricity projects needed to power our homes and meet our world-leading climate change targets,” Energy Minister Anne-Marie Trevelyan said.