Senators to Palace: Don’t blame us for rising COVID-19 cases 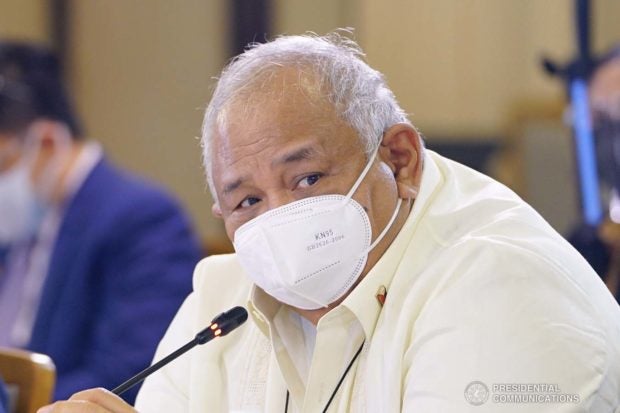 MANILA, Philippines — Several senators on Monday hit back at criticisms from Executive Secretary Salvador Medialdea on the chamber’s probe into the government’s pandemic purchases, saying they should not be blamed for the “administration’s failures during this pandemic.”

“We are being accused that we are taking time from the business at hand and we are being blamed on the sudden increase of [cases]. Nasisi kami na tumaas daw dahil sa pagimbita namin sa mga tao rito, hindi na raw makagalaw ang gobyerno,” Senator Richard Gordon said during Monday’s hearing of the blue ribbon committee, which he chairs.

(Mr. Medialdea, I know you. We are friends but you know that this (COVID-19) is a tough problem, but don’t blame us.)

Gordon stressed that the committee only invites the heads of office for its hearings.

(I believe Secretary Duque is entitled to bring whoever he intends to bring because every time we ask him, he will ask his people from the DOH. We did not invite these people.)

Senate President Vicente Sotto III and Senator Risa Hontiveros, meanwhile, reminded “some people” that the Senate belongs to a co-equal branch of government.

“The Constitution says the legislature has the power of the purse so, we are doing our committee work, we are looking at how the people’s money is being spent,” Sotto said.

“But big or small, we probably have the right to know on how the money is being spent,” he added.

For her part, Senator Risa Hontiveros said the Senate should not be blamed for “some of the administration’s failures during this pandemic.”

“Since the beginning, Congress has been quick to provide the executive department the needed legislative support to address this health crisis,” she said in a statement.

(If somebody responded inadequately to the pandemic, I’m sure it’s not us.)

Over the weekend, Medialdea, during President Rodrigo Duterte’s public address, lamented that “so much time” is being wasted in the hearing when COVID-19 cases continue to increase in the country.

The Palace official pointed out that the executive department has been submitting weekly reports to Congress on how Bayanihan funds were spent.

“It was a very tedious task. At the very least, they would have at least cared to read those report so we could have avoided this—this hearing,” Medialdea told the President.

“I think they intend to break the record of the Binay investigation for 25 days…We’re wasting so much time, effort. In fighting a pandemic…we cannot waste a daily hearing on all these matters,” he added.