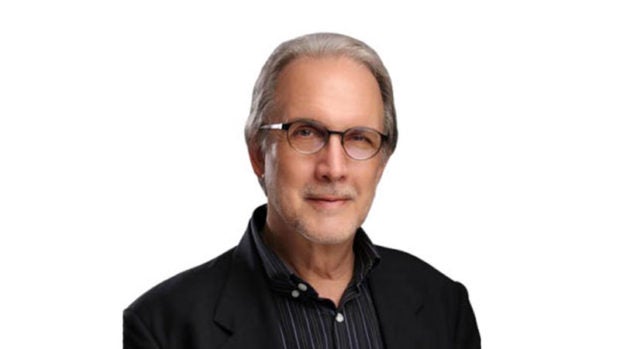 MANILA, Philippines — It was 1979, and thousands of Vietnamese, Cambodians, and Laotians were fleeing armed conflict, persecution and repression and making perilous trips across land and water to seek refuge in other states, including the Philippines.

Reading about the Indochina refugee crisis in the papers every day, Steven Muncy, then a social work graduate student in Miami, Florida, had an epiphany: He felt he was being called to that region to work with the refugees.

“For some reason, the plight of the Cambodian people in particular grabbed hold of me,’’ he told journalists in Manila in an online interview last Friday.

“I was also concerned about Vietnamese and Lao, but to me, the Cambodian situation was so profound that you had up to 1.8 million who were in trouble and in fact died owing to genocide committed by their own people.’’

Egged on by his Baptist pastor, the 23-year-old signed up for a two-year overseas volunteer work with his congregation’s social ministry program (akin to the Peace Corps), which came up with a modest stipend, free airfare, and accommodation, and booked a flight to the Philippines, which was then offering asylum to the “boat people.’’

Muncy had two choices, but he picked the Philippines over Thailand because of its interesting “dilemma’’—it was accepting refugees, yet at the same time persecuting its own people under martial law.

Soon enough he found himself at the Philippine Refugee Center in Morong, Bataan, the final stop for 400,000 Vietnamese, Cambodians, and Laotians until they were resettled in countries such as the United States, Canada, and Norway.

Here at the 365-hectare camp northwest of Manila, Muncy came face to face with Vietnamese women raped by pirates and abandoned by their husbands, and Cambodians and Laotians traumatized by the horrors of genocide and political persecution.

Listening, let alone counseling and providing therapy to the hundreds of refugees every day, was too much even for this trained social worker. But by this time, he decided to stick around for good.

And so, heeding the advice of the camp administrator, Gaudencio Tobias, a retired Filipino general, Muncy set up a nongovernmental organization (NGO), Community Mental Health Services, and tapped volunteers, including wives of full-time workers, a Filipino nun from the Daughters of Charity, and an Iranian social work intern from Silliman University to help provide psychosocial services for the refugees.

Muncy managed to convince the Norwegian government to fund the NGO, through the United Nations High Commissioner for Refugees (UNHCR), for several years. It heralded a lifetime partnership with the UN agency.

In 1989, the Philippine-based NGO was renamed Community and Family Service International (CFSI), becoming an international humanitarian organization that responds to the needs of refugees uprooted by persecution, armed conflict, disasters and other emergencies in Asia.

CFSI was tasked by UNHCR to replicate its work in Vietnamese refugee camps in Hong Kong as it expanded to 10 Asian countries.

The group also faced risks—it had lost some staff to violence, and one staff member was jailed on trumped-up charges (but would later be pardoned by the head of state). But in 40 years, CFSI grew into a 400-strong organization.

A call from Ramon Magsaysay Award Foundation president Susan Afan informing Muncy that he was among this year’s awardees of Asia’s equivalent of the Nobel Prize took him by surprise.

“But I have come to understand this is an amazing opportunity, a fantastic platform. It’s there for a purpose; it’s not there to say what a wonderful life you’ve had. It’s to start a new life and to do things to help others,’’ he said.

The foundation cited Muncy for “his unshakable belief in the goodness of man that inspires in others the desire to serve; his lifelong dedication to humanitarian work, refugee assistance and peace building; and his unstinting pursuit of dignity, peace and harmony for people in exceptionally difficult circumstances in Asia.’’

CFSI has provided aid to refugees from 48 countries and territories over the years, but has worked longest in the Philippines, Myanmar and Vietnam.

After Islamic State-inspired militants laid siege on Marawi City in 2017, the organization, with the help of the Australian government, rolled out a recovery project to help 40,000 internally displaced people get jobs and provide psychosocial support for persons with disabilities.

Together with the United Nations Children’s Fund, CFSI has helped the families of 900 former child soldiers transition to productive lives.

He said he hoped to use the award as a platform to raise $10 million by next year to expand CFSI’s response to emergencies in the Philippines and Myanmar.

“Part of our growing pain is not being able to do as much as we want to do. We see many situations where much more work could be done,’’ he said.

Read Next
Areas in granular lockdown won’t get any warning
EDITORS' PICK
CHR hopes inequalities exposed by COVID-19 pandemic are addressed
Smart offers wireless fiber-like speeds to Filipino homes with country’s first 5G Prepaid Home WiFi
This new condo in the South will make you want to turn a new leaf
Legarda: Ending Violence Against Women, a cause for all
DOH: Booster doses for fully vaxxed adults to start December 3
BOQ monitoring 64 travelers from ‘red-list’ countries amid Omicron
MOST READ
DOH: Booster doses for fully vaxxed adults to start December 3
Angelica Panganiban regrets refusing role in ‘Four Sisters and a Wedding’
Another disqualification petition filed against Bongbong Marcos
Ex-DOT chief Ace Durano convicted of graft over 2009 project
Don't miss out on the latest news and information.