Typhoon Kiko heads toward Batanes; Signal No. 4 up in 2 areas 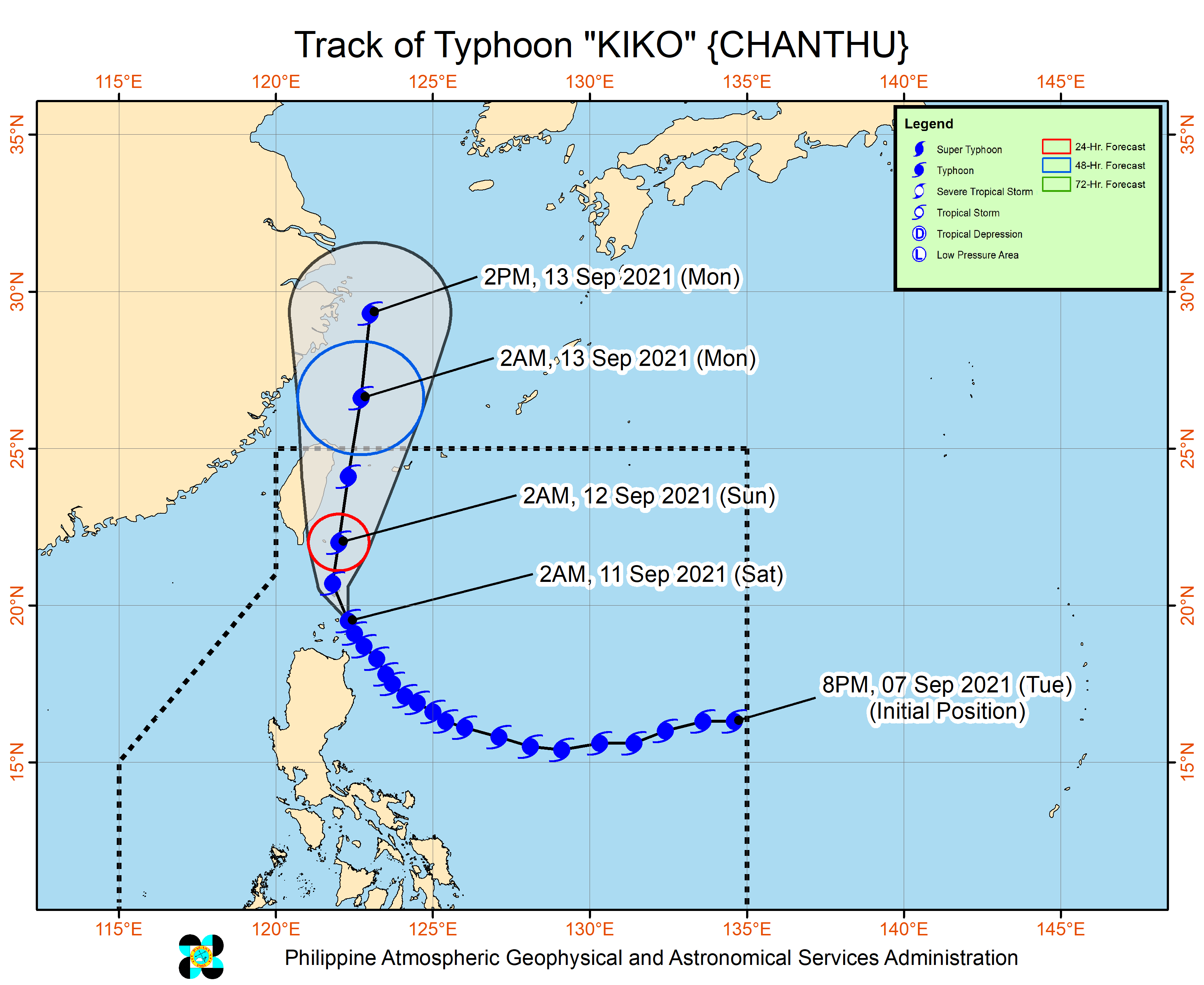 MANILA, Philippines — Typhoon Kiko has passed to the east of Babuyan Island and is now heading towards Batanes, the Philippine Atmospheric, Geophysical and Astronomical Services Administration (Pagasa) said Saturday morning.

Based on the 5 a.m. Pagasa bulletin, the center of the eye of the typhoon was last located at 75 kilometers south of Basco, Batanes.

Moving northwestward at 15 kilometers per hour, the typhoon is packing maximum sustained winds of 215 kph near the center, gusts of up to 265 kph.

Tropical Cyclone Wind Signals (TCWS) No. 4 is raised over the following areas, where “very destructive typhoon-force winds” are prevailing or expected within 12 hours:

TCWS No. 3 is raised over the following areas where “destructive typhoon-force winds” are prevailing or expected within 18 hours:

TCWS No. 2 is raised over the following areas where “damaging gale-force to storm-force winds” are prevailing or expected within 24 hours:

TCWS No. 1 is raised over the following areas where strong winds are prevailing or expected within 36 hours:

Pagasa said that in the next 24 hours, typhoon Kiko will bring heavy to intense with at times torrential rains over Babuyan Islands and Batanes. Meanwhile, moderate to heavy with at times intense rains are also likely over Cagayan, Ilocos Norte, Ilocos Sur, Abra, Apayao, and Kalinga.

“Under these conditions, scattered to widespread flooding (including flash floods) and rain-induced landslides are possible especially in areas that are highly or very highly susceptible to these hazard as identified in hazard maps,” Pagasa said.

The typhoon will continue to enhance the southwest monsoon, bringing monsoon rains over Metro Manila, the rest of Ilocos Region and Cordillera, and the western sections of Central Luzon and Southern Luzon in the next 24 hours.