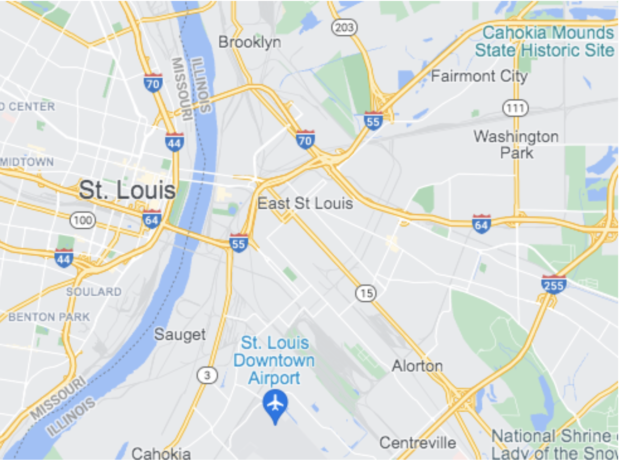 A shooting on Thursday in East St. Louis, Illinois, has left multiple victims with authorities mounting a manhunt for suspects who crashed a getaway car into a commuter train, local media reported, citing police and sheriff’s officials.

Television station KMOV-TV, a local CBS affiliate, cited police as saying three suspects shot multiple victims before the suspects tried to drive past a train at a railroad crossing, where the getaway vehicle was struck by the train.

Police were searching for the suspects in an adjacent wooded area, KMOV reported.

No independent details of the incident were immediately available to Reuters from local law enforcement.

The CBS affiliate, citing MetroLink officials, said about 10 passengers from the train were being checked on the scene for possible injuries. The number of people shot was not immediately known, KMOV said.

Another local news station, Fox affiliate KTVI, reported the shooting unfolded near a meat market in East St. Louis, and that police were searching for as many as six suspects.