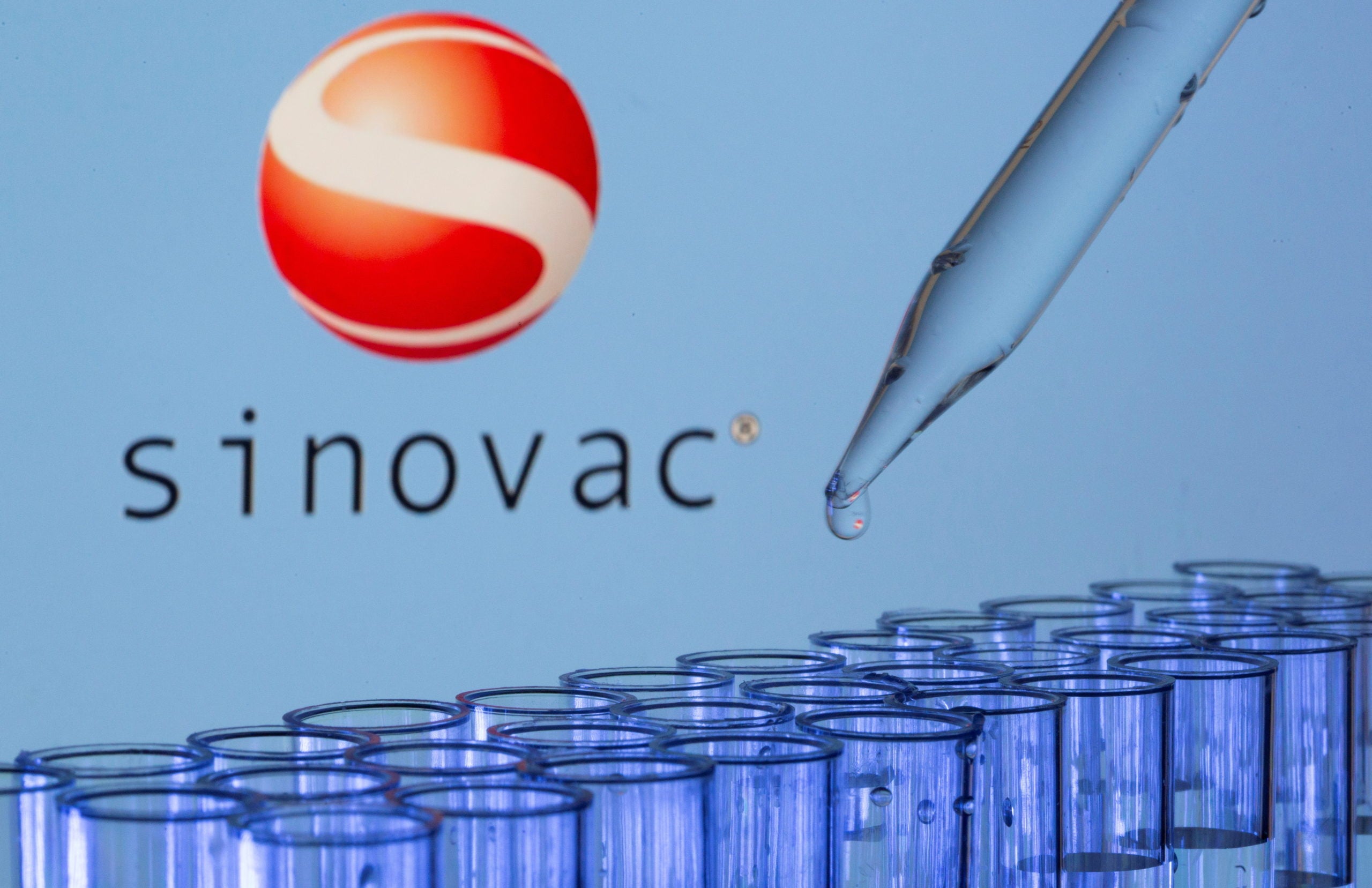 Food and Drug Administration (FDA) Director General Eric Domingo said on Thursday there was still no evidence that the efficacy of CoronaVac—the COVID-19 vaccine manufactured by the Chinese company Sinovac—is waning in people who had completed two doses.

In an online briefing, Domingo explained that out of the around 7 million people vaccinated with the Sinovac shot in the country, breakthrough infections—or positive cases among those already fully inoculated—remain “very low.”

According to FDA data as of Aug. 20, a total of 242 breakthrough infections have been recorded among the fully vaccinated population. Of this number, 180 were Sinovac recipients, with four deaths, Domingo said.

As to the other brands, there were 47 breakthrough infections among AstraZeneca recipients, 11 among Janssen takers and four among those given Pfizer.

The FDA chief, who himself received a Sinovac jab to kick-off the national rollout program in March, said there was not enough data to determine any reduction in the Chinese vaccine’s effectiveness.

“Out of six to seven million vaccinated, breakthrough infections and mortalities remain very low. Five months later, it’s not convincing that there has been any waning,” he added.

Domingo said that since Aug. 29 about 6.8 million people had been fully vaccinated with Sinovac, 2.03 million AstraZeneca, 3.56 million with the single-dose Janssen vaccine and 1.23 million with Pfizer. “The pattern is similar for all of them, the data looks statistically very similar,” Domingo said.

Due to the delay in the shipment of vaccines from the COVAX global facility earlier this year, the first vaccines to arrive and be rolled out in the country were Sinovac doses donated by the Chinese government. The majority of health-care workers, who are under the A1 priority group, thus received Sinovac shots.

But while it may appear that the majority of breakthrough infections involved Sinovac takers, Domingo explained it was likely because that brand was the most widely used in the country.

He reiterated that vaccines do not provide 100-percent protection against COVID-19 but can prevent severe illness and death. “It will not work 100 percent for everyone, but it does work for the great majority,” he said.

Also on Thursday, the Duterte administration’s chief economic manager committed to ensure a source of funding for booster shots under the proposed P5.02-trillion 2022 national budget as soon as health experts approve their use in the country.

At a Senate budget hearing, Finance Secretary Carlos Dominguez III said the P45 billion set aside for booster shots had been lodged in unprogrammed appropriations because “at this time, the panel of [vaccine] experts has not yet determined with finality that boosters are necessary.”

He disclosed that he had a “big argument” with these medical experts when he insisted on a budget item to ensure a funding source for boosters.

Unprogrammed appropriations can only be funded if there are excess revenues or foreign borrowings.

In the meantime, Dominguez said the finance department was “preparing a line item in the budget that we can activate immediately upon approval of authorities.”

He also assured the Senate that the country had secured 195.67 million vaccines from suppliers to inoculate the targeted population, including teenagers.