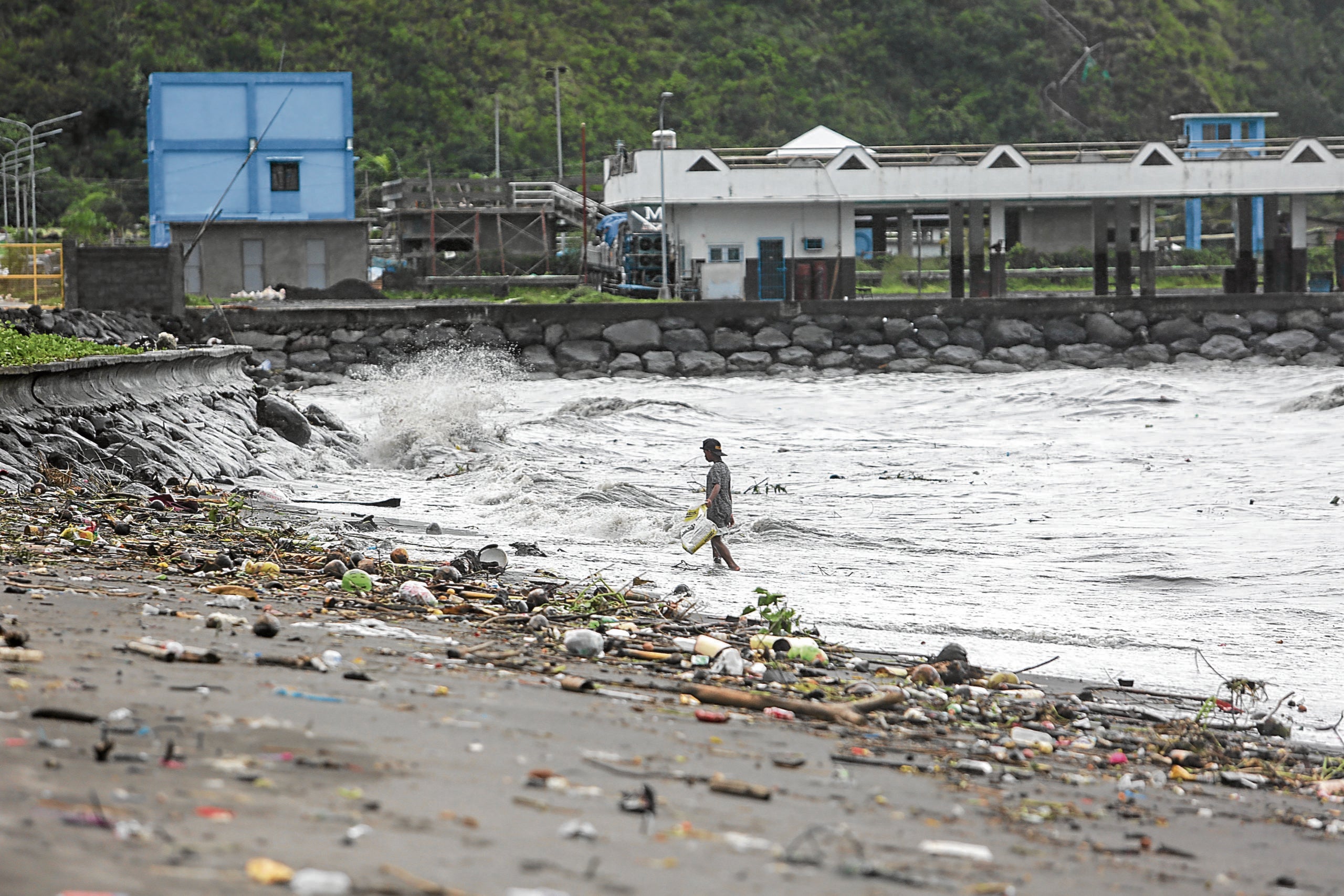 GONE PICKING A boy surveys the coastline of Barangay Puro in Legazpi City to look for recyclables, unmindful of the strong wind and waves generated by Tropical Storm“Jolina” as it crosses Bicol region on Tuesday. —MARK ALVIC ESPLANA

The Department of Social Welfare and Development (DSWD) has P486.6 million in funds available to help those affected by Tropical Storm “Jolina” (international name: Conson) and Typhoon “Kiko” (Chanthu), Malacañang said on Thursday as it assured the public that it was keeping a close watch on the situation.

“We ask the public to continue to remain alert and vigilant, take precautionary measures, observe minimum public health standards and cooperate with their respective local authorities in case of an evacuation,” said presidential spokesperson Harry Roque.

Another P11.2 million are with its field offices in Mimaropa (Mindoro, Marinduque, Romblon and Palawan), Bicol and Western Visayas, while P32.5 million are in other DSWD field offices and may be used for the relief needs of displaced families, Roque said.

The country’s weather agency on Thursday said Kiko was moving northwestward over the Philippine Sea and might not make landfall anymore, as Jolina continued to exit from Luzon’s landmass.

It was moving west-northwestward with maximum sustained winds of 195 kilometers per hour near the center with gustiness of up to 240 kph. It would then traverse 255 km north-northwest of Itbayat, Batanes, by Sept. 12 before exiting the Philippine area of responsibility at 2 p.m. that day.

Pagasa, at 11 a.m. on Thursday, hoisted Tropical Cyclone Warning Signal No. 1 over Cagayan, including Babuyan Islands, the northeastern portion of Apayao and Isabela.

In Batanes province, the provincial government on Thursday urged residents to start securing their houses and put wind shutters in anticipation of strong winds and torrential rains due to Kiko.

In an advisory, Gov. Marilou Cayco also cautioned fishermen and operators of large vessels against sailing as the province could experience rough seas and storm surge while Kiko continued to gain strength as it approached the province.

Administrators of Magat Dam in Ramon, Isabela, have allayed fears that the 39-year-old reservoir could collapse if it reaches its carrying capacity due to the expected heavy rain, adding that they have revised the protocol on water discharge and flood warning by improving its coordination with Pagasa. 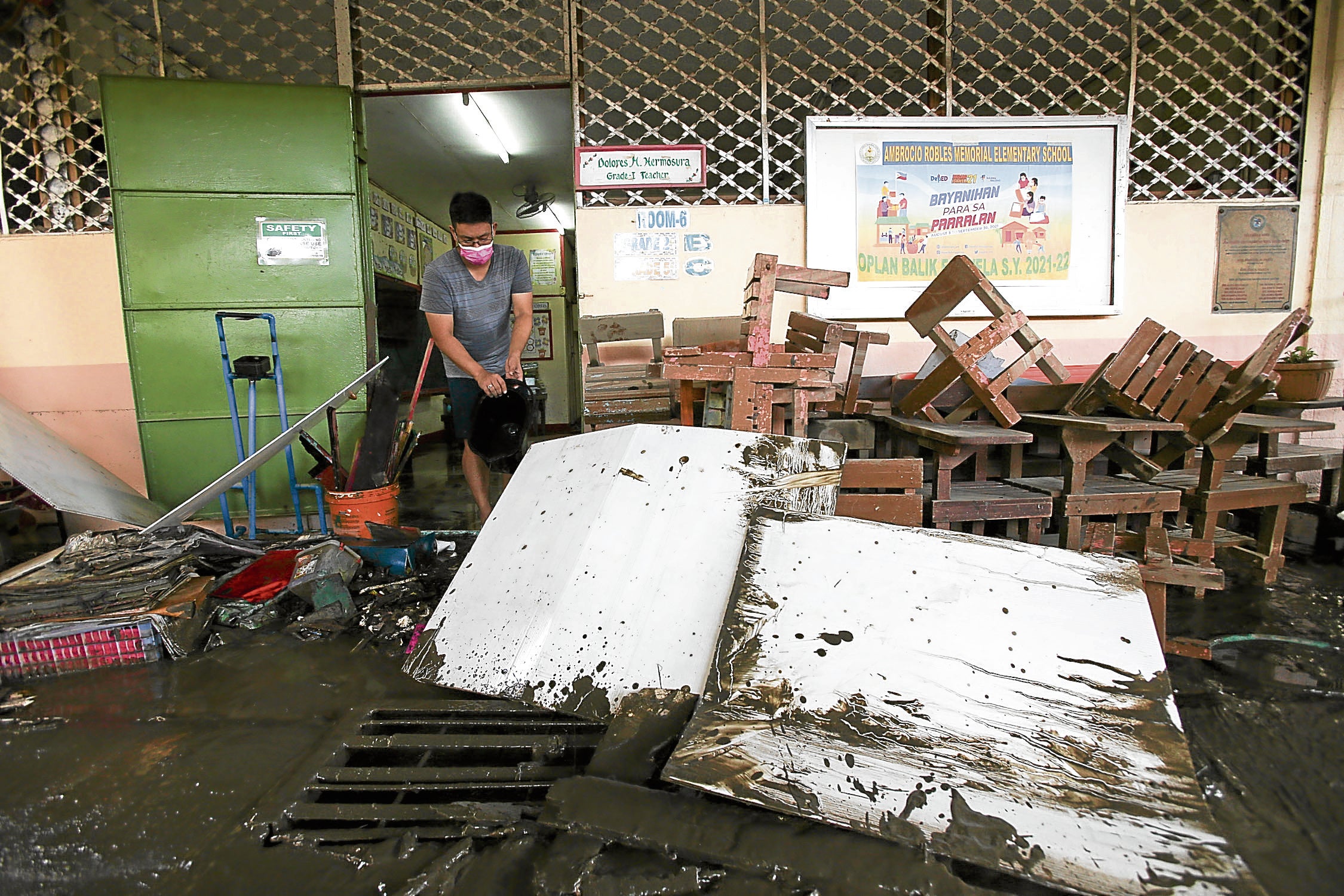 In Bicol, the Office of Civil Defense (OCD) said Jolina left P64 million worth of damaged crops and infrastructure in the region.

The storm left three people dead and destroyed 190 houses and damaged 698 others in nine towns in Masbate province, where Jolina made landfall over Dimasalang town on Tuesday.

Among those who died was 5-year-old Arvie Bataican, who drowned when the boat carrying his family capsized while on its way to Carles town in Iloilo province. Still missing were Bataican’s brothers Romeo Jr., 9; Rico, 10; and Marlon, 6. Their parents Romeo, 37, and Rona, 35; and siblings Romelyn, 14, and Roldan, 19, have been rescued, the OCD said.

More than 35,000 people who fled their homes in Bicol have returned home as the weather improved on Wednesday, Naz said.

In Quezon province, most of the more than 22,000 people who sought shelter in evacuation centers on Tuesday and Wednesday in 29 towns had returned home early on Thursday, the provincial social welfare office said.

In Zambales province, personnel of the Philippine Coast Guard on Thursday were still searching for a fisherman in Cabangan town who was reported missing after venturing out to sea on Tuesday.