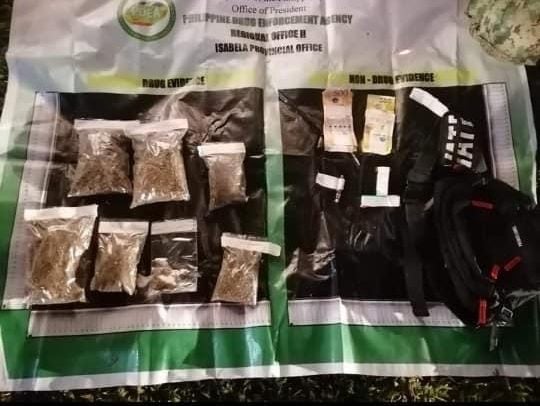 Authorities seized at least P60,000 worth of dried marijuana during a buy-bust operation in Cauayan City on Wednesday, Sept. 8. (Photo courtesy of PDEA-Region 2)

CAUAYAN CITY––Two men were arrested after yielding P60,000 worth of dried marijuana during a buy-bust operation in this city Wednesday, Sept. 8, authorities said.

Seized from the suspects were 500 grams of dried marijuana leaves placed in a belt bag.

Also confiscated from the duo were mobile phones and a bullet for a caliber 9mm pistol.

A violation of the Comprehensive Dangerous Drugs Act of 2002 (RA 9165) and illegal possession of firearms (RA 10591) were filed against the suspects.