Isko on gov’t last-minute GCQ shift: ‘We have to endure this circus, shenanigans’ 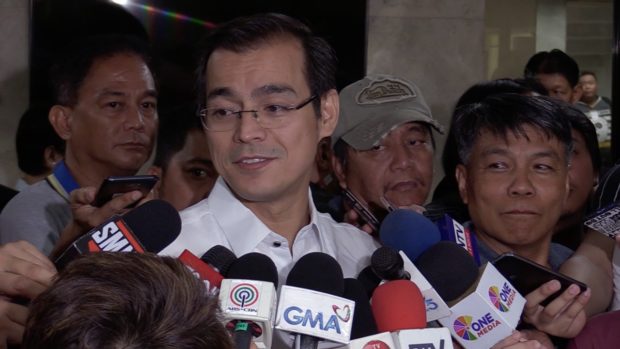 MANILA, Philippines — Manila Mayor Francisco “Isko Moreno” Domagoso on Wednesday did not mince his words when asked for his reaction to the national government’s last-minute retraction of general community quarantine (GCQ) status in the National Capital Region (NCR).

Domagoso said he and all the mayors in Metro Manila Council were “shocked” by the The Inter-Agency Task Force’s (IATF) sudden decision to stick to MECQ.

He also said he could not blame some of the churches in Manila suspending the celebration of public masses.

(When the rules are always changing, you cannot blame the church. I saw their statements, where they said: We will decide to open once the government have decided, or has a direction.)

Read Next
Recto: Hike 2022 funds for COVID booster shots, more vaccine doses
EDITORS' PICK
What to watch out for when selecting a video surveillance solution
Heads may roll at BOC, says Palace if sugar smugglers are allowed to use recycled import permits
vivo brings to the Philippines a powerful smartphone with a slimmer body, the vivo Y02s for only PHP 6,499
DOH reports increase in daily COVID-19 deaths, mostly unvaxxed
Palace: Biggest supermarkets in PH commit to sell sugar at P70 per kilo
House energy committee chair Arroyo bats for cheap electricity
MOST READ
DepEd to give teachers P5K cash allowance within first week of classes
Alyssa Valdez to miss Creamline’s AVC Cup campaign
DOJ indicts bank officer in $2.1 billion Wirecard fiasco
GSIS cool to idea of lowering retirement age in PH
Don't miss out on the latest news and information.