Lacson, Sotto vow to restore Filipinos’ trust in the government 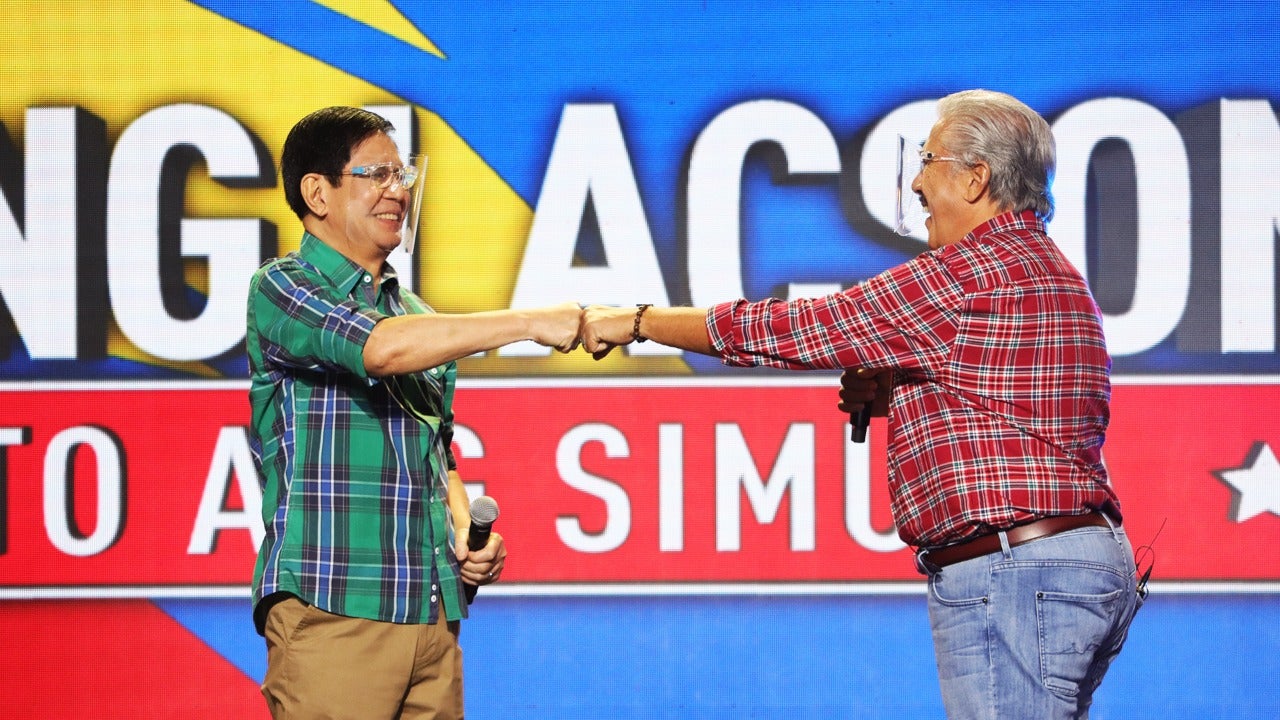 MANILA, Philippines — Senator Panfilo Lacson and Senate President Vicente Sotto III have promised to make Filipinos trust the government again should they win as president and vice president, respectively in the 2022 elections.

During the launch of their tandem on Wednesday, the senators said the country is facing many problems from the COVID-19 pandemic to corruption. Sotto however said hopelessness and mistrust are the biggest issues of concern now.

Lacson, who made his speech after Sotto, agreed and added that it would be a big challenge to bring back the public’s trust in public servants.  He added that this could be done through leadership by example.

(It is a great challenge but we need to restore the trust of our people in the government and in the leaders of the country.  The right leaders must exemplify ‘Leadership by example’ — not by words, but by actions.)

(We need a leader who will fight for what is right and will fight what is wrong. Hence, the first of our priorities is a stronger response to the pandemic. We have to fill the gaps and correct the wrongdoing.)

Lacson and Sotto officially launched their 2022 elections bid earlier in a recorded program.

In terms of issues like economic instability and the health crisis, Lacson said he and Sotto are preparing a roadmap that will also serve as their platform of government.

“As we speak, we are in the process of drawing up a roadmap or a master plan that will serve as our platform of government that we intend to present to our people. After all, sa takdang panahon, kayo ang magdedesisyon kung karapat-dapat ba kaming pagkatiwalaan na mamuno sa ating bayan,” Lacson said.

(After all, at the proper time, it is you who will decide if we are worthy of your trust in leading our nation.)

“We are nearing the crossroads of our nation’s modern history — and we cannot afford to choose the wrong direction in charting the course of our nation in the next six years,” he added.

Lacson and Sotto are the first officials to formally announce their presidential and vice-presidential bids for 2022.

It remains unclear if Lacson and Sotto will be running under a unified party as Lacson heads the Partido para sa Demokratikong Reporma, while Sotto is with the Nationalist People’s Coalition.