More deaths from 9/11-linked illnesses than in attack–report 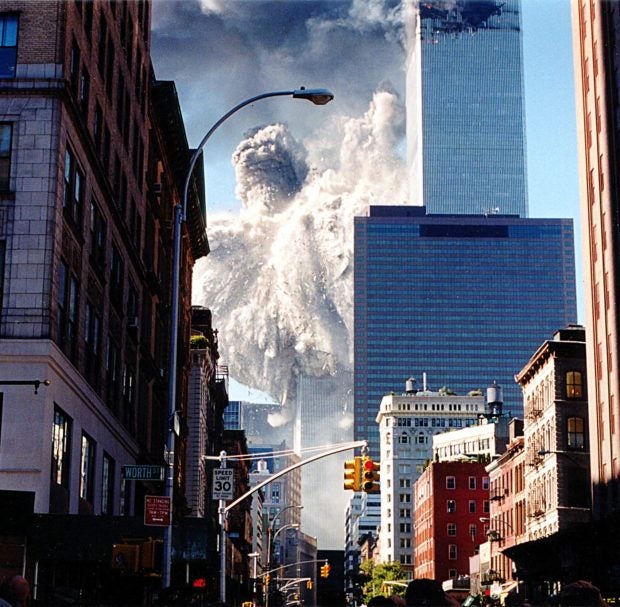 In this file photo the south tower of the World Trade Center collapses in lower Manhattan, New York on September 11, 2001. AFP

NEW YORK — More people are believed to have died from illnesses related to 9/11 than were killed on the actual day of the Al-Qaeda attacks on New York and Washington, according to a report published on Tuesday.

The September 11 Victim Compensation Fund (VCF) has received more than 67,000 claims since it reopened in 2011.

Nearly 3,900 of those claims were filed on behalf of someone who is alleged to have died of a 9/11-related illness, the VCF said in a report.

“More people are now believed to have died of 9/11-related illnesses than were lost on September 11, 2001,” she said.

Nearly 50 percent of those filing claims in recent years have cancer.

Nearly 3,000 people were killed when Al-Qaeda hijackers flew planes into the World Trade Center towers in New York and the Pentagon in Washington. Another plane crashed into a field in Pennsylvania.

A compensation fund was created immediately following the attacks for the families of victims.

In 2011, another fund was created for first responders and others suffering from chronic health conditions arising from the 9/11 attacks.

The VCF has issued compensation of more than $8.95 billion to more than 40,000 individuals.

President Joe Biden is to visit the sites of the 9/11 attacks on Saturday to mark the 20th anniversary.