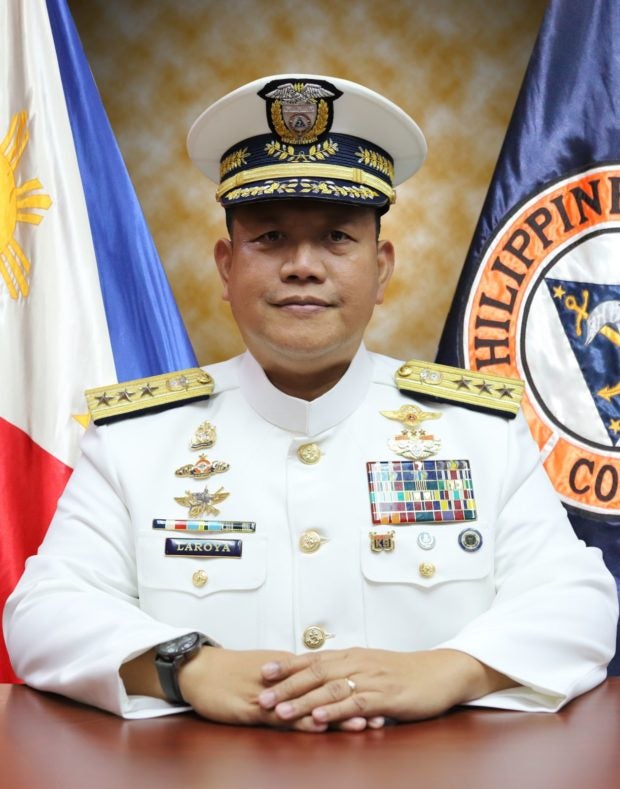 Laroya, the current Deputy Commandant for Operations, is a member of the Philippine Military Academy “Maringal” Class of 1988.

He was commander of the Maritime Safety Services Command, Coast Guard Education, Training and Doctrine Command and Maritime Security and Law Enforcement Command.

He also served as district commander of the PCG in Western Visayas, Northwestern Luzon, Southwestern Mindanao, and Bicol region.

Laroya will reach the mandatory retirement age of 56 in February 2022.