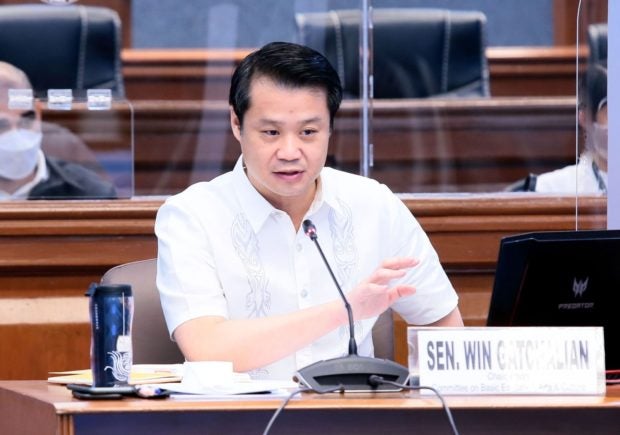 MANILA, Philippines — The Procurement Service of the Department of Budget and Management (PS-DBM) as well as the Philippine International Trading Corp. (PITC) should be abolished because they are being used to park funds that remain unutilized, according to Sen. Sherwin Gatchalian.

Gatchalian said government agencies had the “bad habit” of sending funds they had not spent to the PS-DBM and the PITC so they would not be accused of having a low utilization rate of their budget.

“What they do so that their books show that they had used the funds is they pass these on to other agencies,” Gatchalian said at the Laging Handa briefing.

However, the PS-DBM and the PITC failed to use the money as well, leading to the failure to purchase essential equipment or goods, he said.

He pointed out that the Bureau of Fire Protection sent funds to the PITC in 2015, but the money had remained unutilized up to now when it could have been spent for equipment for fire stations.

“We have a lot of municipalities without a fire truck or a fire station, but the money was just lying idle in the PITC,” he said.

It was time to do away with the PS-DBM and the PITC, he said.

“I think these two agencies should be abolished because it has become a bad habit to pass on funds to them,” he said.

The PS-DBM is currently embroiled in another controversy over its purchase of allegedly overpriced pandemic supplies from an undercapitalized company whose top officials are wanted for financial crimes abroad.

The purchase was funded by P42 billion from the Department of Health.