Canceled flights on Sept. 7, 2021 due to Typhoon Jolina 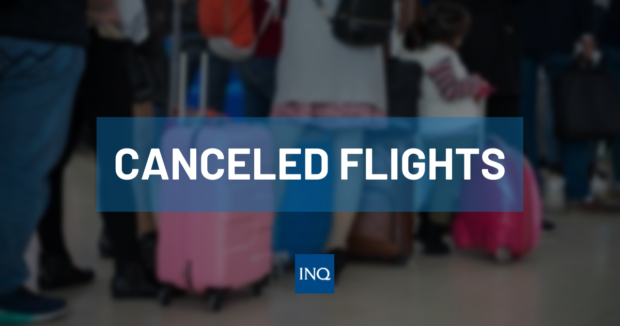 MANILA, Philippines — Two flights so far were canceled on Tuesday due to the bad weather caused by Typhoon Jolina, according to the management of the Ninoy Aquino International Airport (Naia).

In an advisory posted on social media, Naia announced that the following flights were canceled due to bad weather at the flight destination:

According to Pagasa’s weather bulletin, the center of the eye of the typhoon was estimated to be over the coastal waters of Samar province.

The typhoon is packing maximum sustained winds of 120 kph near the center and gusts of up to 150 kph, according to the weather bureau.