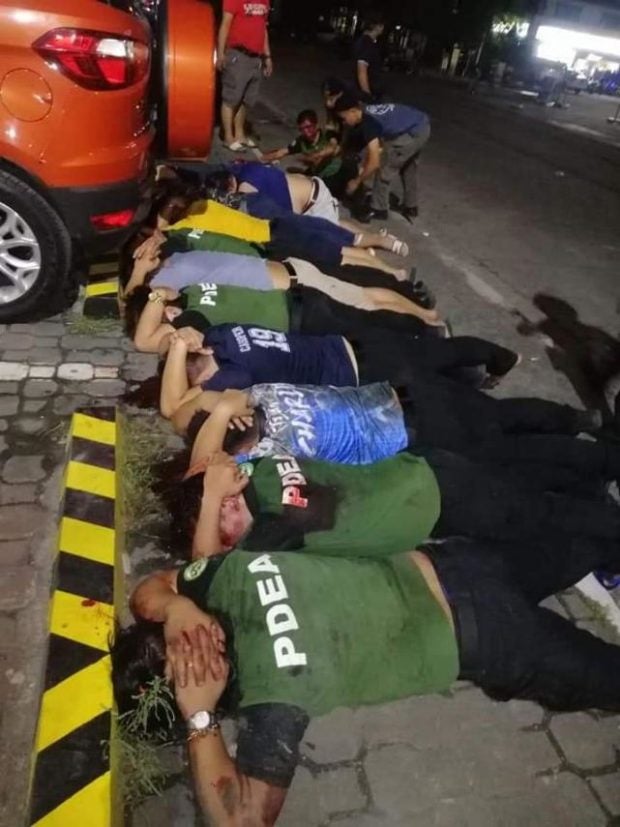 The aftermath of a shootout near Ever Gotesco Mall in Quezon City on Feb. 24, 2021. PDEA agents were seen lying on the ground. Photo from PNP-PIO

MANILA, Philippines — The Philippine Drug Enforcement Agency (PDEA) has assured the public and the National Bureau of Investigation (NBI) that it would cooperate with any legal proceedings as complaints were filed against police officers and agents involved in the bloody Commonwealth “misencounter.”

PDEA said in a statement on Monday that Director General Wilkins Villanueva considers the filing of the case as an avenue for both parties to address the issues that hounded the organizations after an anti-drug operation in Quezon City last February 2021 turned awry as it featured PDEA and PNP on opposing sides.

“[PDEA] commits to cooperate in the legal process and exhaust all legal remedies available relative to the filing of cases against the members of the [PNP] and the PDEA who were involved in a misencounter last February 24, 2021,” PDEA said in a statement released to reporters.

“PDEA Director General Wilkins Villanueva considers the filing of cases as an opportunity to answer all allegations against both parties. This also allows the legal process to ensue and ultimately determine the accountability of those involved and eventually obtain justice,” it added.

PDEA also said that apart from the NBI complaints, they have filed separate charges against the members of the PNP who were involved in the firefight.

Last February 24, bystanders and people inside a mall along Commonwealth Avenue heard gunshots, with police officers initially reporting that first responders were dispatched to the incident.  On the other hand, the Philippine Red Cross said that two police officers were injured.

People near the area initially thought it was a police operation, but further details revealed that the subject of the police operation was actually PDEA agents who exchanged fire with them.

After the incident, PNP and PDEA officials met to discuss gaps in their operational procedure and coordination.  However, that incident was followed by another near misencounter where Quezon City Police District (QCPD) officers chanced upon PDEA agents again in an anti-drug operation in Fairview.

Villanueva also assured the public that the incident would not setback the government’s anti-drug campaign.

“PDEA and PNP maintain its strong partnership and collaboration in fighting criminality and illegal drugs across the nation,” PDEA said.

Last August 23, both PDEA and PNP vowed separately to discuss matters even as the NBI investigation and the filing of cases were not yet completed to improve further coordination between the two agencies conducting drug war operations.