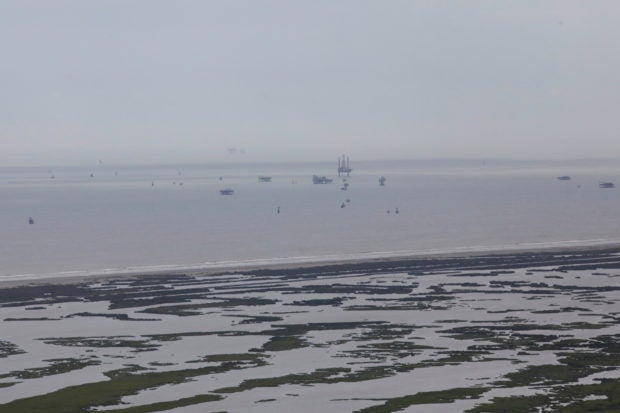 Oil rigs are seen in the Gulf of Mexico after Hurricane Ida made landfall in Louisiana, in Grand Isle, Louisiana, U.S. August 31, 2021. REUTERS FILE PHOTO

WASHINGTON — A private dive team will try to locate the source of a suspected oil spill spotted in the Bay Marchard area of the Gulf of Mexico on Sunday, after Hurricane Ida wreaked havoc in the region this week, the U.S. Coast Guard said on Saturday.

Ida, one of the most powerful hurricanes ever to strike the U.S. Gulf Coast, made landfall last Sunday in Louisiana, destroying entire communities.

A Coast Guard spokesman said Talos Energy had hired Clean Gulf Associates to respond to the suspected spill and contracted the private dive team to locate the source of the slick.

Members of the Coast Guard Marine Safety Unit’s prevention department and the Gulf Strike Team were currently monitoring reports and NOAA satellite imagery to determine the scope of the discharge, the spokesman said.

Once the source had been identified, the Coast Guard and partnering agencies would work on a recovery and source control plan, he added.

He said Clean Gulf Associates has put skimmers and a containment boom in the area to mitigate any further environmental impact.