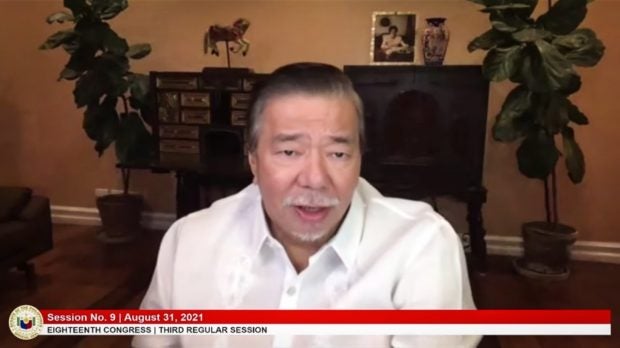 MANILA, Philippines — Top executives of Pharmally Pharmaceutical Corp. must surface and face the Senate investigation and affirm that all its dealings with the Philippine government involving more than P10 billion worth of contracts were done aboveboard, Senate Minority Leader Franklin Drilon said on Saturday.

Drilon urged Pharmally officials to testify before the Senate blue ribbon committee on the supply contracts it had entered into with the Procurement Service of the Department of Budget and Management.

“They know that the hearings are going on. Why have they not volunteered and come up and said, ‘I’m here and I’m willing to explain all of this.’ Why?” he asked.

Drilon made the statement after Malacañang defended the contracts awarded to Pharmally as aboveboard, and downplayed revelations that three of its top corporate officers have pending warrants of arrest in Taiwan for alleged fraud, embezzlement, and stock manipulation.

Presidential spokesperson Harry Roque said Pharmally was chosen as the supplier of personal protective equipment because it supposedly gave the lowest price with a commitment to deliver the ordered supplies within a limited period of time.

“The personalities behind the company are irrelevant; what was considered [during the procurement selection] were the price and the quality [of the items],” he said.

But Drilon wondered why Pharmally officials have not appeared before the Senate even after the three hearings that it has so far conducted on the alleged misuse of P86.7 billion of funds allotted to the Department of Health for its pandemic response.

“We subpoenaed them but we could not find them in the addresses indicated in their submissions to the Securities and Exchange Commission,” Drilon told a television interview.

Drilon said Pharmally officials should have already appeared in the blue ribbon hearing “to clear their names.”

According to Drilon, the Senate blue ribbon committee had tried to subpoena Huan Tzu Yen, the CEO of Pharmally; Twinkle Dargani, its president; and Mohit Dargani, treasurer, but the stated addresses in the corporation’s general information sheet “appeared to be fictitious.”

“If you have nothing to hide, why do you have to hide? Where are the officials of Pharmally?” Drilon said in a separate statement.