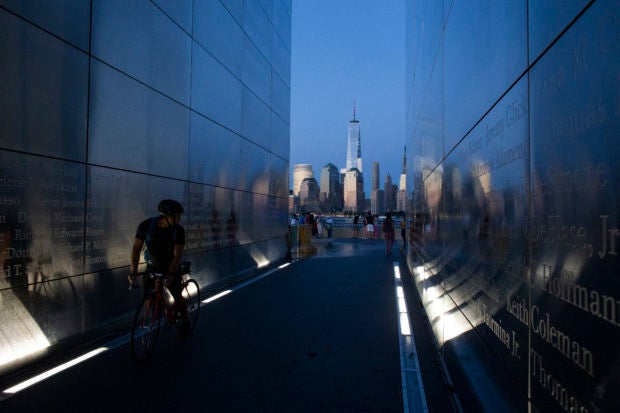 People visit the 9/11 Empty Sky Memorial in Jersey City, New Jersey on July 30 2021. Within the iconic skyline of Manhattan are few remaining scars of the destruction left by the September 11 terrorist attacks that ruptured America’s sense of safety and plunged the West into war in Afghanistan. But twenty years later, tucked between the buildings and boroughs of New York City, memorials and reminders can be found of a day that left nearly 3,000 people dead ensuring the city that never sleeps will also never forget. (AFP)

WASHINGTON – US President Joe Biden on Friday ordered declassification over the next six months of still secret documents from the government investigation into the 9/11 terrorist attacks.

Biden is responding to pressure from families of some of the approximately 3,000 people killed by Al-Qaeda on September 11, 2001.

They have long argued that the classified documents might contain evidence that the government of Saudi Arabia, a close US ally, had links to the hijackers who flew into the World Trade Center and Pentagon.

“Today, I signed an executive order directing the Department of Justice and other relevant agencies to oversee a declassification review of documents related to the Federal Bureau of Investigation’s September 11th investigations,” Biden said in a statement.

Declassification must take place “over the next six months.” 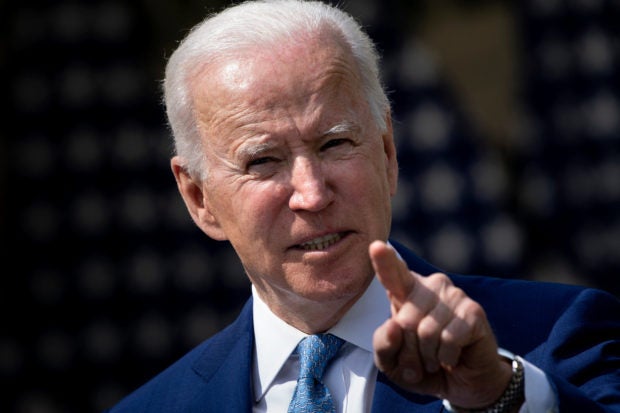 “We must never forget the enduring pain of the families and loved ones of the 2,977 innocent people who were killed during the worst terrorist attack on America in our history,” Biden said.

The move comes ahead of the 20th anniversary of the attack, which spurred then-president George W. Bush soon after to order the invasion of Afghanistan, where the Taliban sheltered Al-Qaeda’s leadership.

Biden pulled the last US troops out of Afghanistan this week, completing a dramatic evacuation from Kabul’s airport after the Taliban defeated the US-backed government and surged back to power.

The push for more information is being driven by victims’ families suing Saudi Arabia for alleged complicity in the horrific attack. The families have long expressed frustration at the number of documents that remain off limits.

The official 9/11 Commission, which was set up by Congress, said there was “no evidence that the Saudi government as an institution or senior Saudi officials individually funded” Al-Qaeda.

That phrasing has been interpreted by some as suggesting that unofficial or lower ranking Saudi figures might have played a role.

Some of the investigation may still be deemed too sensitive to release.

In an executive order triggering the declassification process, Biden noted the “events in question occurred two decades ago or longer, and they concern a tragic moment that continues to resonate in American history.”

“It is therefore critical to ensure that the United States Government maximizes transparency… except when the strongest possible reasons counsel otherwise.”