DOT chief: No objection to casinos in Boracay

‘That’s the decision of the President. So we’ll follow the President,’ says Puyat
By: Marlon Ramos - Reporter / @MRamosINQ
Philippine Daily Inquirer / 05:06 AM September 04, 2021 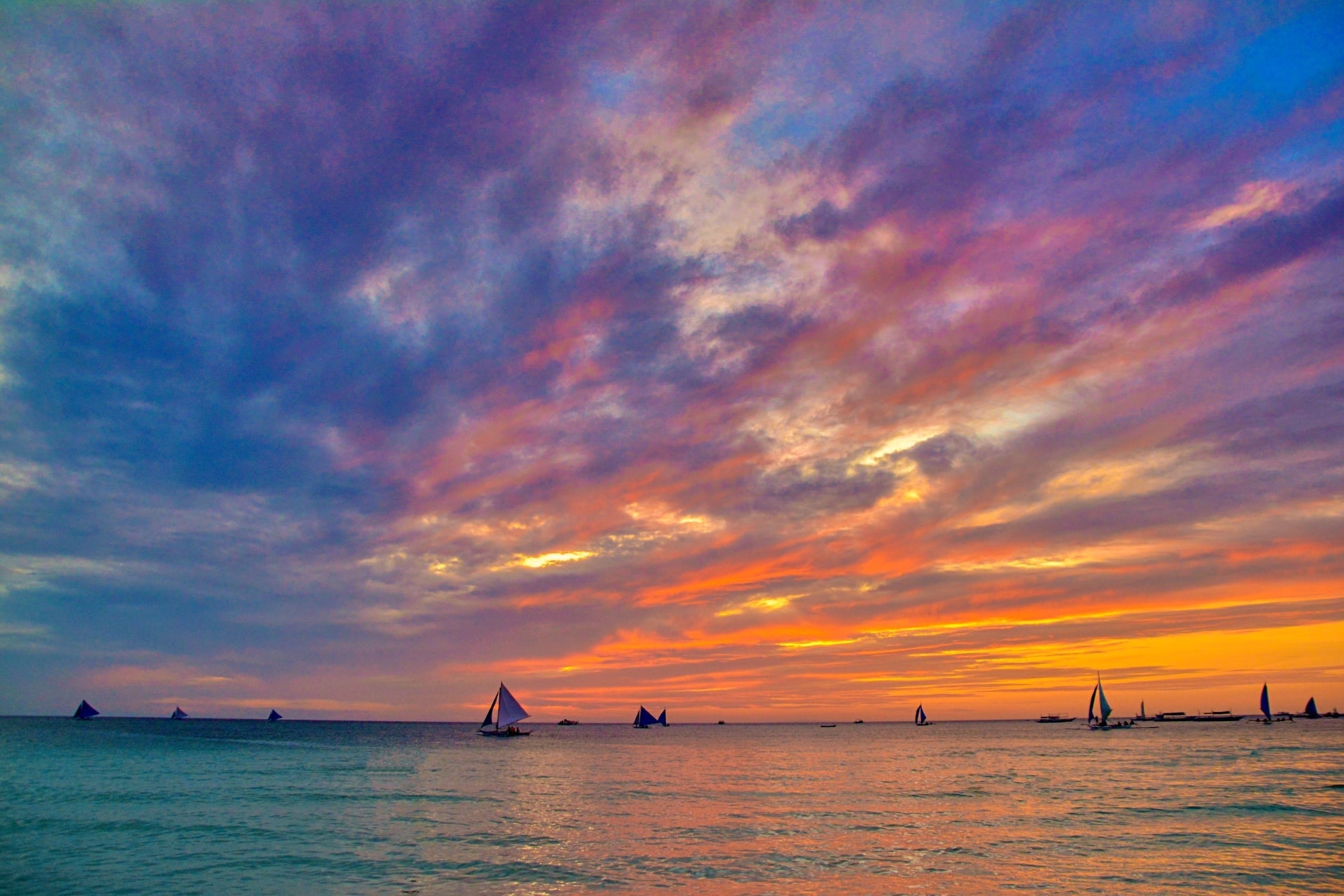 AMAZING SUNSET The sunset of Boracay is one of the attractions of the island equally famous for its white sand beach and family-oriented facilities. Despite extreme economic downturn after losing most of it tourists to pandemic-induced lockdowns, residents and business operators on the island have opposed the entry of casinos. —JACK JARILLA/CONTRIBUTOR

The Department of Tourism (DOT) will not stand in the way of President Duterte’s decision to allow casino operations on Boracay Island despite the objection of several residents and business owners, Tourism Secretary Bernadette Romulo Puyat said on Friday.

Puyat made this comment after she was asked by members of the House of Representatives’ appropriations committee about her position on allowing casinos on Boracay Island, one of the country’s top tourist destinations located in Malay town of Aklan province, while she was presenting the DOT’s proposed P3.8-billion budget for 2022.

Puyat first responded by saying that the DOT has no authority over casinos and that her department has been promoting all of the islands of the Philippines to international markets as “sun and beach” destinations.

But when pressed by House Deputy Minority Leader and Bayan Muna Rep. Carlos Zarate for her position regarding Mr. Duterte’s order, she said: “That’s the decision of the President. So we’ll follow the President.”

The President claimed that opening up Boracay to gambling operators would help generate much-needed funds for the government’s efforts to contain the coronavirus pandemic.

Puyat’s statement was a complete turnaround from an earlier position taken by the DOT, which, along with the Department of Environment and Natural Resources, has supported a casino ban in Boracay, citing the need to maintain the carrying capacity and the family-oriented nature of the island.

The Boracay Inter-Agency Task Force (BIATF), which manages the rehabilitation activities on the island, has also said it will “carry out the necessary steps” toward the lifting of the casino prohibition following last week’s go signal from the President to open the island to gambling operators.

During the budget hearing, Zarate opened the matter on the casinos in Boracay when he asked Puyat if the DOT has any program to market the Philippines as “a gambling tourism haven” after Mr. Duterte lifted the ban on the construction of casino facilities on the world-famous island.

“We know for a fact that Boracay is a main destination of foreign tourists. Who do we expect to go to Boracay for these (proposed) casinos?” Zarate asked the tourism secretary.

In response, Puyat said the DOT had no authority over the operations and promotion of the casino businesses, which are regulated by the state-owned Philippine Amusement and Gaming Corp. (Pagcor).

Foreign travelers, she said, were more interested in their health and safety, particularly if the tourism workers in the destination they would visit were already inoculated against COVID-19.

“When we promote the country, we promote sun and beach (tourism),” Puyat told Zarate.

Pagcor chair Andrea Domingo earlier said the state regulator would impose strict guidelines in implementing Mr. Duterte’s order, such as ensuring that minors would be prohibited from entering the casinos.

This early, residents and businessmen have raised their objection to the President’s decision, with one of them pointing out that improving the vaccination program in Boracay would be more helpful to them than establishing gaming facilities.

“No. He can have his casino in other places, but not in Boracay,” a local resort operator had told the Inquirer.