Zubiri among 6 senators with perfect attendance for 1st, 2nd sessions in 18th Congress 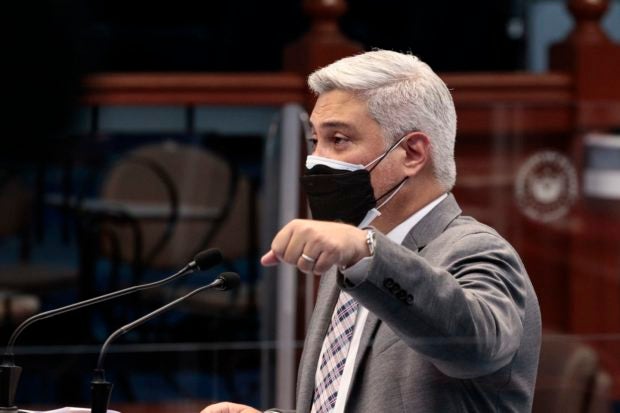 In a statement Zubiri said: “As an elected official, I owe it to the people to show up and do my work, which is why I have kept a perfect record of attendance since I first served in the House of Representatives in 1998. And I will continue to do so. It’s especially important for us to continue working in times of crisis like this pandemic, when people urgently need legislation to protect their health and livelihood. It’s my Honor to serve the Filipino people.”

Zubiri stressed that it’s about the people’s trust.

Among those who have missed regular sessions via mere absence or sick leave during the more than two-year stretch of the 18th Congress are:

Below are the breakdown of the senators’ attendance, divided during the three regular sessions of the Senate:

Read Next
Ranking rebel ‘Asyong’ killed in Surigao Norte clash, says military
EDITORS' PICK
Heads may roll at BOC, says Palace if sugar smugglers are allowed to use recycled import permits
What to watch out for when selecting a video surveillance solution
Apple warns of flaw that lets hackers into iPhones, Macs
House energy committee chair Arroyo bats for cheap electricity
46% of schools nationwide to have full face-to-face classes on Aug. 22
vivo brings to the Philippines a powerful smartphone with a slimmer body, the vivo Y02s for only PHP 6,499
MOST READ
DepEd to give teachers P5K cash allowance within first week of classes
LOOK: Miel Pangilinan dazzles in glittery pre-debut shoot
Man abducted in Batangas gasoline station, found dead in Quezon
Dressing the dead: Indonesian villagers clean corpses in afterlife ritual
Don't miss out on the latest news and information.