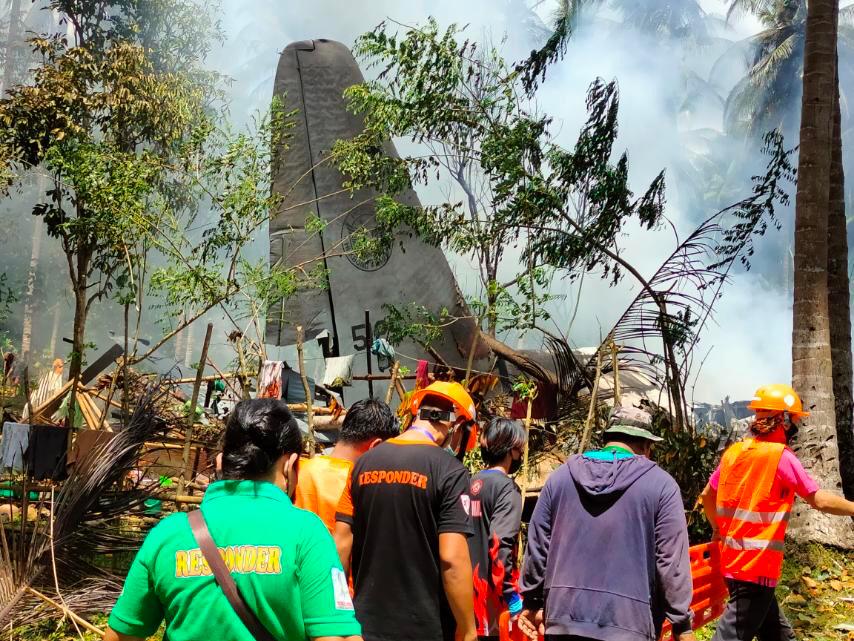 The two aviation mishaps that killed 56 soldiers earlier this year was mainly due to deadly combinations of system malfunction, weather condition and human error, the Armed Forces of the Philippines (AFP) said in its official report released on Thursday. The first crash on June 23, that of a newly acquired Sikorsky S-70i Black Hawk helicopter, was caused by bad weather and pilot vertigo while it was on night flight training at the Crow Valley Gunnery Range in Capas, Tarlac. All six Philippine Air Force (PAF) officers on board were killed. The second crash in Sulu of the newly purchased but refurbished C-130 Hercules on July 4 was caused by an aircraft component failure, bad weather and pilot error, according to the report. The crash killed 53 people, 50 of them Army and PAF personnel. “No single factor can be attributed to have exclusively caused the accident,” AFP spokesperson Col. Ramon Zagala said in a statement on Thursday. —JEANNETTE I. ANDRADE