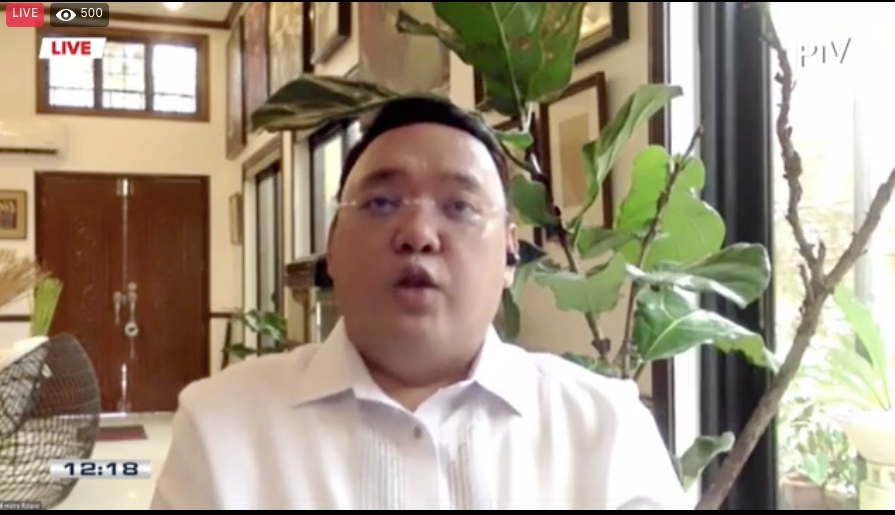 Presidential spokesperson Harry Roque on Thursday said the Philippine government dealt with Pharmally Pharmaceutical Corp. as a “separate” legal entity from its owners.

He was reacting to Sen. Risa Hontiveros’ disclosure on Wednesday that an officer of the corporation and another from its Taiwan-based parent, Pharmally International Holding Co. Ltd., were now fugitives from Taiwanese law for financial crimes.

A third who is also wanted by Taiwanese authorities is Zheng Bingquiang, president of a Xiamen, China-based company Full Win Group of Companies whose chair is President Duterte’s former economic adviser Michael Yang, she said.

Hontiveros noted the interlocking directors of Pharmally and the Full Win Group.

The opposition senator said the government, through the Procurement Service of the Department of Budget and Management (PS-DBM) bought personal protective equipment (PPE) from Pharmally without public bidding, despite the availability of cheaper alternatives in the market.

“Maybe the identity of the bidder would be important if he bidded in his individual capacity. But what we look at is if that company has not been blacklisted by the government for failing to deliver in previous transactions or is not paying taxes,” Roque said. While background checks of company officials are done in regular procurement under RA 9184, he said the expedited bidding authorized under RA 11469 did not state such checks should be conducted.

The negotiated emergency procurement contract with Pharmally considered not only its lowest price offer of P1,950 per PPE set but also its agreement on the volume, specifications and short delivery period.

He said the government only made a “small” downpayment, which he did not disclose, because Pharmally agreed to get paid in full for the supplies after these were delivered.

“So, it’s really immaterial how much is its paid-up capital at that time it was incorporated because the important thing was they won’t be paid if they don’t deliver. And that is why they were only paid when they delivered,” Roque said.

“The terms of payment was no delivery, no payment,” he said.

Senate Minority Leader Franklin Drilon rejected Roque’s assertion that the price by which PPEs were bought was immaterial. “Secretary Roque, I would invite you to read your law because among the standards required are the legal and financial capacity of the company entering a contract with the government,” he said.

“This company has only P625,000, how did it, in heaven’s name, generate and was able to enter into contract supply agreements worth P8.67 billion?” Drilon said.

Hontiveros challenged the government to cut all its deals with Pharmally following her revelations on the alleged “shady” background of key officers of the company, and reminded how the President had vowed not to tolerate “even a whiff of corruption” under his administration.

She said the government must stop accepting proposals from Pharmally because its previous deals “stink really badly” with “numerous red flags planted on them.”

“So, if there is any bit of callous indifference, it is about ignoring the warning signs: buying supplies from shady companies with fugitives at the helm during the worst pandemic in history,” Hontiveros said.

“I can’t imagine how Malacañang can still bear to stomach this. How can that be considered an investment in the country when it is the Filipinos who were defrauded?” she said in response to an earlier statement by the President that Yang was helping invite Chinese investors to the country.

According to Hontiveros, Filipinos want to attract investors but not the type with “quick hands.”

“How many local manufacturers could have been saved by the billions that were snagged by Pharmally? How many Filipinos could have been protected by more PPEs if only these were bought at cheaper prices?” she said.

The issue should not die down just because the supplier has been able to deliver, as claimed by Roque, Hontiveros said. “We wish to remind this administration: that is not your money. It is the right of every Filipino to know if public funds are well-spent,” she said.

Hontiveros said the Senate will continue to dig into the issue, until it has proven who has been giving away COVID-19 funds to “stock manipulators, fugitives and swindlers.”