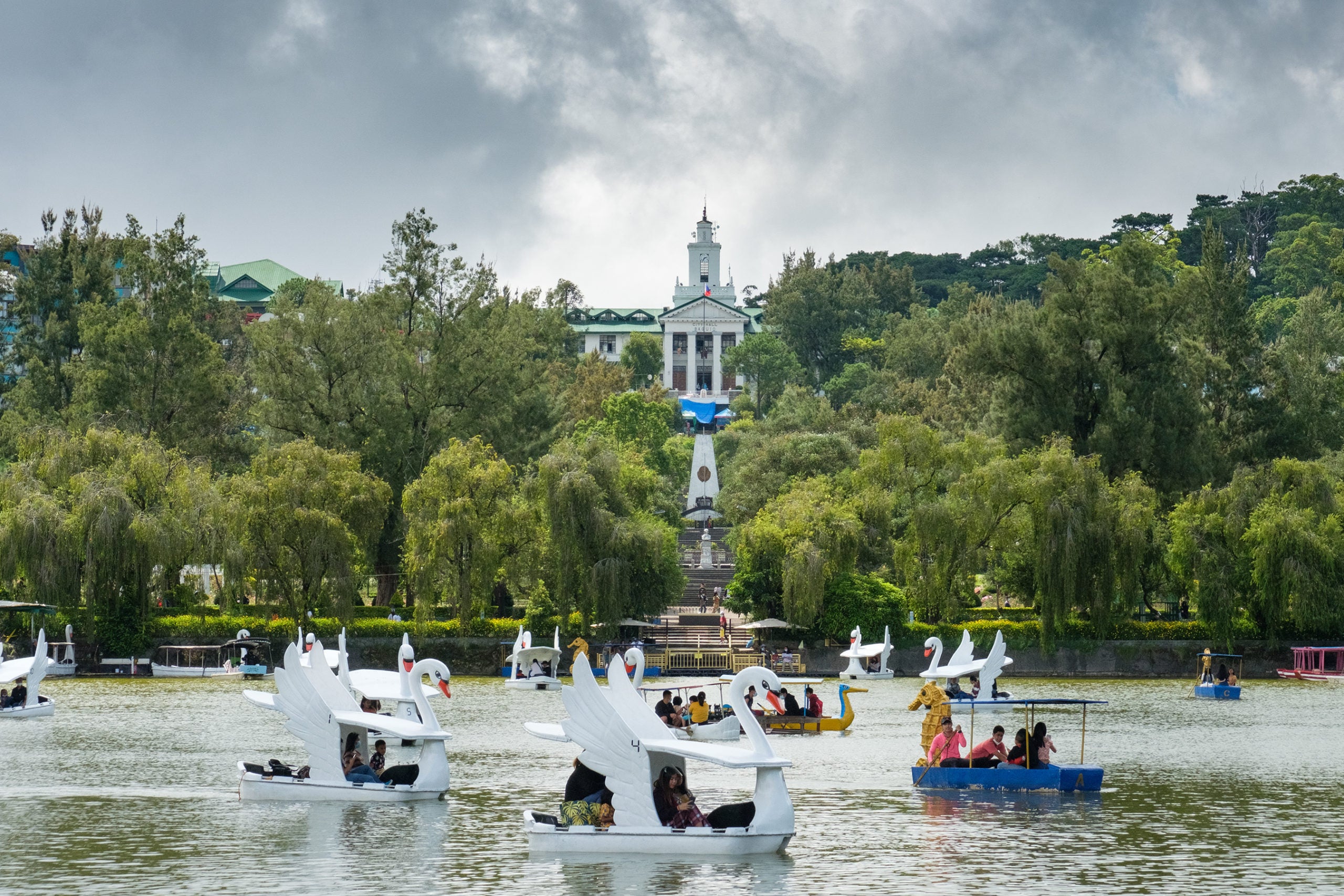 CLOSED FOR NOW In this photo taken in July, tourists enjoy boat rides in Burnham Lake in Baguio City. But people planning to spend a quick break in the city soon have to postpone their trips amid the suspension of nonessential travel from Sept. 3 to Sept. 19 due to a spike in COVID-19 infections in the summer capital. —NEIL CLARK ONGCHANGCO

BAGUIO CITY—Tourists and nonessential travelers are again barred from entering the summer capital from Sept. 3 to Sept. 19 while it contains a surge in COVID-19 cases, Mayor Benjamin Magalong said on Thursday.

Travelers who have no compelling reason to be in the city will be turned away regardless of the quarantine status of their places of origin, Magalong said in an advisory.

The travel restriction was made a day after the city, whose economy is heavily dependent on tourism, marked its 112th foundation day. The event was graced by Tourism Secretary Bernadette Romulo Puyat.

As of Wednesday, Baguio’s active cases had climbed to 904 from Tuesday’s 870 infections. The city has so far logged 17,618 cases since the pandemic began in March last year, with 16,368 recoveries and 346 deaths.

In his state of the city address on Wednesday, Magalong said the local government was “getting ready for the worst as the Delta variant [of COVID-19] is within our territory.”

The Delta variant tally in the Cordillera as of Aug. 31 was 12, with five of these Baguio patients who had been classified as recovered, according to the Department of Health. The record did not include three returning overseas Filipinos—a Baguio resident and two from Abra province.

Baguio also recorded 101 residents who contracted the Alpha (first detected in the United Kingdom) variant and the 43 who were positive for the Beta (South Africa) strain.

Magalong said the health of all citizens of Baguio would remain the priority even as the city started working on its economic recovery.

Since July 31, Magalong has been closing the city’s borders to leisure travelers for at least a week as precaution against COVID-19 and its more contagious variants. The travel ban would be extended or lifted depending on the number of cases in the city, the mayor said.