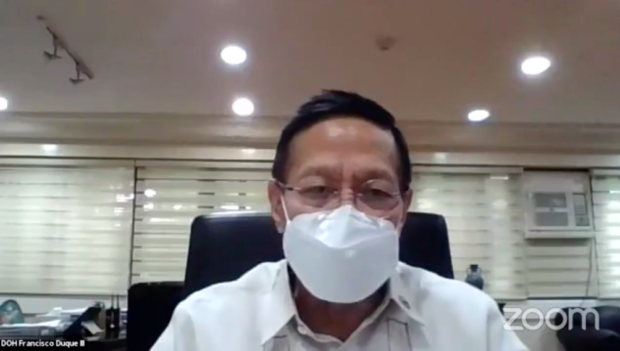 Duque bared the figures during a budget hearing at the House committee on appropriations when Marikina City Rep. Stella Quimbo asked him if the proposed P19.68 billion budget for the DOH’s COVID-19 response would be enough.

“The budget we proposed last June to the DBM was actually P73.99 billion and the breakdown of that would be for the actual hazard duty pay, the SRA (special risk allowance), the meals, accommodation and transportation and life insurance for P50.41 billion,” Duque said.

“Support to DOH hospitals would be P9.9 billion and the hiring of vaccinators in support of continuing efforts to provide coverage for our people is at P6.6 billion, and hiring of disease surveillance officers at P1.2 billion and oxygen need which is about P4.4 billion and others with the amount of P1.5 billion,” he added.

Quimbo said the P19.68 billion budget approved by the DBM may not be enough after Duque noted that the COVID-19 pandemic may last for one to two years based on projections of experts.

Meanwhile, Duque also admitted that the budget reduction was the reason why there are no funds allotted for the allowances of benefits of healthcare workers under the proposed DOH funds.

During the House committee on health briefing on Wednesday, Duque said funds for the SRA are lodged in the still-pending Bayanihan 3, and not in the proposed budget for next year.