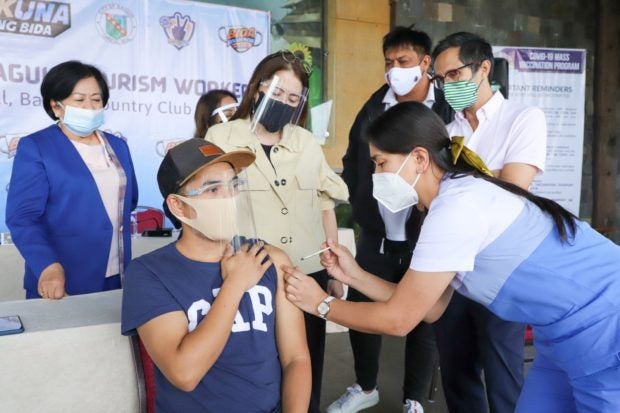 MANILA, Philippines — More than 7,510 tourism workers in Baguio City received COVID-19 shots, exceeding the initial target of 5,994 employees of the hospitality sector, the Department of Tourism (DOT) said on Thursday.

“The vaccination of our tourism workers will add another layer of protection for guests and staff, on top of continued adherence to health and safety protocols. With the increased confidence of people to travel, we hope to sustain the gradual growth of tourism that was started when Baguio was first reopened last October,” Puyat said in a statement.

The ceremonial vaccination, which began on August 31, was launched to inoculate employees of hotels, restaurants, as well as media practitioners, artists, and members of various community-based tourism organizations, according to DOT.

“The DOT sees the initiative as something that will contribute greatly to making Baguio City a sanctuary of wellness and healing, and the place where we can breathe in culture, creativity, and nature,” Puyat added.