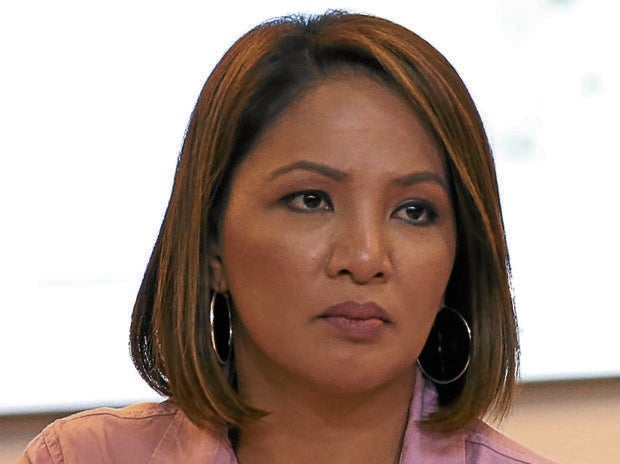 BAGUIO CITY, Benguet, Philippines — A former official of the Presidential Communications Operations Office (PCOO) was rejected on Tuesday as the new general manager of the Benguet Electric Cooperative (Beneco) following her appointment by the National Electrification Administration (NEA) board of administrators.

The Beneco board convened on Tuesday to address NEA Board Resolution No. 2021-71 which named Ana Maria Paz Rafael as the new head of the utility serving Baguio City and Benguet province. The NEA administers 121 electric cooperatives in the country.

But only four directors voted to accept Rafael, who stepped down as assistant secretary of the PCOO last month after applying for the utility’s top position.

Six directors turned down the NEA resolution and backed Melchor Licoben, who was appointed general manager by the Beneco board in 2020 to replace the late Gerardo Verzosa.

Licoben, the assistant general manager, was groomed for the top post under a succession mechanism that was approved by the NEA, said Beneco lawyer Delmar Cariño, who also manages the cooperative’s internal services department.

The board asserted three resolutions passed in 2020 that designated Licoben as general manager, appended with 193 resolutions of support from Benguet towns and civic groups.Beneco board president Ernesto Somngi said Beneco alone had the authority to select its own managers as prescribed by NEA-approved guidelines, and jurisprudence governing corporations and cooperatives.

Rafael was initially the NEA board’s lone nominee for general manager in May, which the Beneco board also rejected, although the same four directors voted in her favor.

At a briefing on Monday, Rafael said her appointment was not a political act, stressing that she had “no vested interest” when she sought the general manager’s position.

Rafael’s legal team, which includes former Beneco director Rocky Balisong, said “the action of the [Beneco board] questioning the appointment of Rafael is beyond [its] authority and is, therefore, ultra vires (not binding).”

“Preventing [Rafael] from assuming her post puts her at risk because she could be charged for dereliction of duty,” Balisong said in a statement, adding that Rafael’s appointment must be honored since Beneco’s problem was with the NEA which appointed her.

Rafael, who has been holding office at a lounge inside the Beneco building on South Drive here since Monday, described her appointment as “clear, concise and unambiguous.”

Should the NEA accept Beneco’s decision, it may decide to clear the slate and undertake a new selection process for general manager, according to the directors.

The Beneco directors cast their votes a day after the utility allowed Rafael into its headquarters.

On Aug. 28, the Beneco Employees’ Labor Union had barricaded their building and locked their offices to prevent Rafael from taking over the utility.

The union also declared both the NEA board and Rafael “persona non grata,” believing that the agency had violated some of its rules to accommodate Rafael’s application.

In May, the Philippine Rural Electric Cooperatives Association said Rafael, a lawyer and former mayor of Natonin town in Mountain Province, did not have any experience in managing power-oriented businesses which is required by the NEA’s selection process.