Planeload of fleeing Afghans arrive in Mexico, including journalists 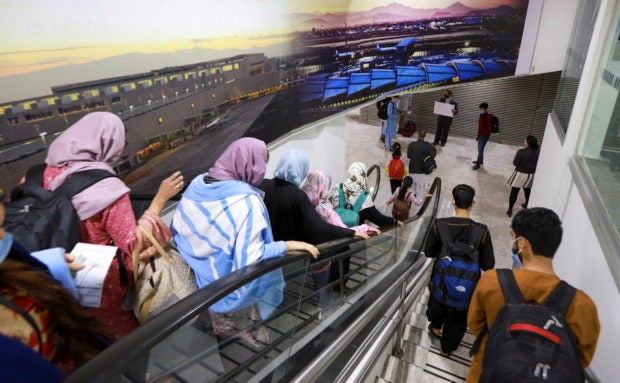 MEXICO CITY — A plane carrying 175 Afghans fleeing their strife-torn homeland arrived in Mexico on Tuesday night on one of the last flights to leave Kabul on the day U.S. forces completed a withdrawal that left Taliban Islamist militants in control of Afghanistan.

It was the fourth group of Afghan civilians granted entry by Mexico on humanitarian grounds. A foreign ministry statement said the latest group to arrive included independent journalists and activists accompanied by their families, including 75 children.

Three previous flights from Afghanistan to Mexico over the past week included Afghan media workers from prominent U.S.-based newspapers.

A source with knowledge of the operation to evacuate Afghans deemed at risk following the Taliban take over told Reuters the latest group to arrive in Mexico included journalists from Afghan news outlets TOLO TV and Arman FM radio.

The ministry said more Afghan civilians were expected to arrive in Mexico in coming days, without specifying the number.

The effort to safely bring Afghan journalists to Mexico was also backed by social media giant Facebook, which acknowledged its support for the airlift in a brief statement sent to Reuters late on Tuesday.