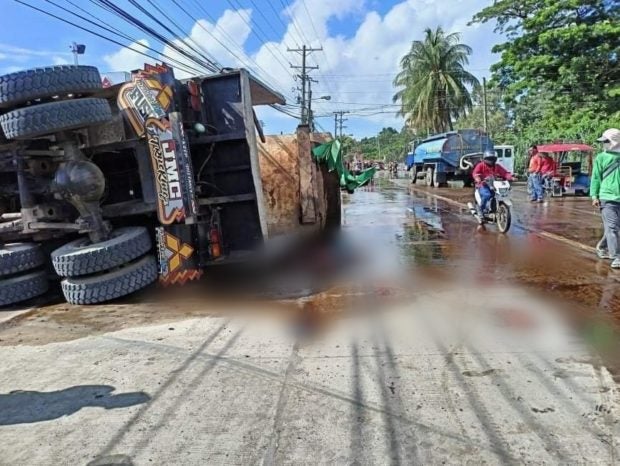 BACOLOD CITY – A driver was killed while a passenger was critically injured when a liquid fertilizer tanker fell on its side and hit a tricycle in San Carlos City at 8:33 a.m. on Tuesday, August 31.

Jojo Piernas, 50, was crushed by the tanker while Rodolofo Gatungay Jr., 37, sustained a head injury.

Both of them were on board a tricycle when the incident happened.

The driver of the tanker truck, Renante Tanjay, is now under the custody of the police,