There’s no ‘grand scheme’ of corruption under Duterte administration – Go 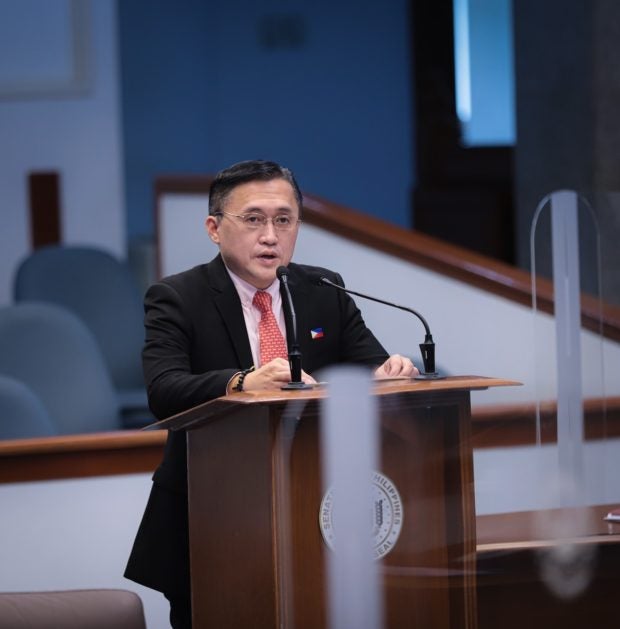 FILE – Sen. Christopher Lawrence Go: “What the opponent wishes is to discredit the Covid response by the administration.”  (Henzberg Austria/Senate PRIB)

Go slammed attempts to link him to some personalities being dragged into the alleged overpriced personal protective equipment (PPE) being investigated by the Senate blue ribbon committee in a privilege speech.

READ: Some senators sense funds were pocketed in 2020 purchase of ‘overpriced’ PPEs

“Ang gusto po ng kalaban is to discredit the Covid response of the administration,” Go said.

(What the opponent wishes is to discredit the Covid response by the administration.)

(This administration does not allow for grand theft schemes, especially during a time of a pandemic. President Duterte will not allow it; we oppose corruption.)

Stressing that investigations are thwarting the government’s efforts against Covid-19, Go reiterated that anyone found guilty of corruption must be indicted and jailed immediately.

(As we conduct hearings here, the number of[Covid] cases is rising. Government workers, especially Department of Health officials and those involved in vaccination efforts, often fear doing their jobs.)

Similarly, the senator noted that the same people criticizing the government over the alleged slow response to the pandemic are the ones raising corruption allegations over PPE procurements.

(I didn’t know that, I only learned last night that the price was that high. We don’t care about that. What matters is what our officers did. If you caused the accident, you should immediately file charges.)