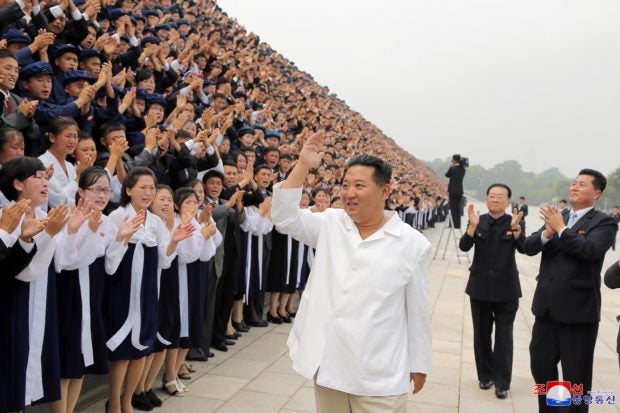 SEOUL — North Korean leader Kim Jong Un met with young people who had “volunteered” to work in “difficult and challenging” sectors and praised them, the country’s state media reported on Tuesday.

Calling them admirable heroes, Kim lauded the young people for volunteering to work at the most difficult and challenging posts and said he fully supports them, KCNA said. The report did not further elaborate on their roles.

In May, state media said that orphans, conscripted soldiers, and students – some who appeared in photos to be children – are volunteering to perform manual labor in North Korea, including in coal mines, farms, and large construction projects.

“It is the best pride, asset and motive power for the development for a Party making revolution to have its reliable successors, reserves and promising main force,” Kim said according to the KCNA, referring to the ruling Workers’ Party.

Drastic measures taken by North Korea to contain COVID-19 have exacerbated human rights abuses and economic hardship for its citizens, including reports of starvation, the United Nations has said.

North Korea has repeatedly rejected accusations of human rights abuses and blames sanctions for a dire humanitarian situation. Pyongyang has been under U.N. sanctions since 2006 over its ballistic missile and nuclear programs.