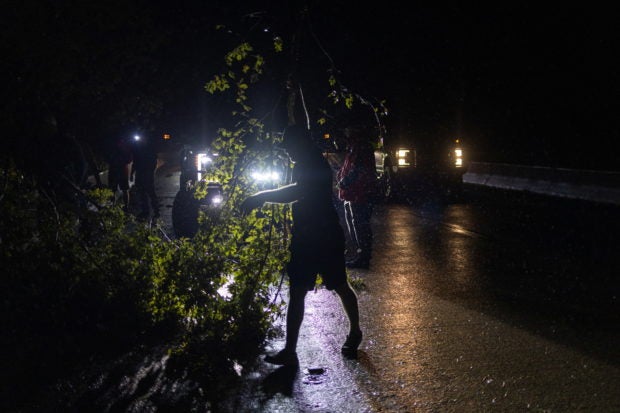 The storm, though greatly diminished as it churned inland toward western Mississippi early on Monday, was expected to continue unleashing heavy downpours “likely to result in life-threatening” flooding, the National Hurricane Center said.

Sunday night, the sheriff’s office in Ascension Parish reported the first known U.S. fatality from the storm, a 60-year-old man killed by a tree falling on his home near Baton Rouge, the state capital.

Ida, the first major hurricane to strike the United States this year, made landfall around noon on Sunday as a ferocious Category 4 storm over Port Fourchon, a hub of the Gulf’s offshore oil industry, packing sustained winds of up to 150 miles per hour (240 km per hour).

Its arrival came 16 years to the day after Hurricane Katrina, one of the most catastrophic and deadly U.S. storms on record, struck the Gulf Coast, and about a year after the last Category 4 hurricane, Laura, battered Louisiana.

U.S. President Joe Biden declared a major disaster in the state, ordering federal assistance to bolster recovery efforts in more than two-dozen storm-stricken parishes. The full extent of storm damage remained to be seen at daybreak.

Ida crashed ashore as Louisiana was already reeling from a resurgence of COVID-19 infections that have strained the state’s healthcare system, with an estimated 2,450 COVID-19 patients hospitalized statewide, many in intensive care units.

A loss of generator power at the Thibodaux Regional Health System hospital in Lafourche Parish, southwest of New Orleans, forced medical workers to manually assist respirator patients with breathing while they were moved to another floor, the state Health Department confirmed to Reuters.

Within 12 hours of landfall, Ida had weakened into a Category 1 hurricane on the five-level Saffir-Simpson scale, with top winds clocked at 85 mph (135 kph) as the storm pushed about 100 miles inland past New Orleans, Louisiana’s largest city, early on Monday.

By then, Ida had plowed a destructive path that submerged much of the state’s coastline under several feet of surf, with flash flooding reported by the National Hurricane Center across southeastern Louisiana.

Nearly all offshore Gulf oil production was suspended in advance of the storm, and major ports along the Louisiana and Mississippi coasts were closed to shipping.

Power was knocked out Sunday night to the entire New Orleans metropolitan area following the failure of all eight transmission lines that deliver electricity to the city, the utility company Entergy Louisiana reported.

More than 1 million Louisiana homes and businesses in all were without electricity by late Sunday night, according to the tracking site Poweroutage.US.

Residents of the most vulnerable coastal areas were ordered to evacuate days ahead of the storm. Those riding out the storm in their homes in New Orleans braced for the toughest test yet of major upgrades to a levee system constructed following devastating floods in 2005 from Katrina, a hurricane that claimed some 1,800 lives.

“I almost found myself in a panic attack when news announced this was the anniversary of Katrina,” Janet Rucker, a lifelong New Orleans resident and recently retired sales manager who took shelter in a downtown hotel with her dog, Deuce. “This is just not good for our nerves and our psyche.”

The U.S. Army Corps of Engineers said the newly reinforced New Orleans levees were expected to hold, though they said they said the flood walls could be overtopped in some places.

Hundreds of miles of new levees were built around New Orleans after flooding from Katrina inundated much of the low-lying city, especially historically Black neighborhoods.

Inundation from Ida’s storm surge – high surf driven by the hurricane’s winds – was reported to be exceeding predicted levels of 6 feet (1.8 m) along parts of the coast. Videos posted on social media showed storm surge flooding had transformed sections of Highway 90 along the Louisiana and Mississippi coast into a choppy river.

“We’re as prepared as we can be, but we’re worried about those levees,” said Kirk Lepine, president of Plaquemines Parish, and one of the most vulnerable areas along Gulf Coast.

The parish later issued an alert on Facebook urging residents of one area to seek higher ground after reports of an overtopped levee.