Wife of Greek ambassador to Brazil convicted of his murder 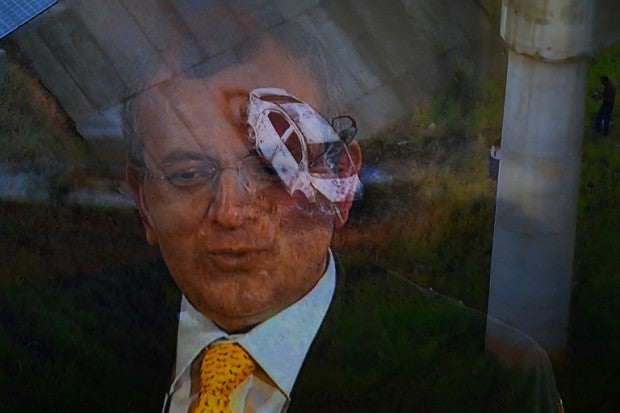 Picture of a TV set taken while TV Globo News shows the car and the face of Greek ambassador in Brazil, Kyriakos Amiridis in Nova Iguacu, Baixada Fluminense, Rio de Janeiro on December 30, 2016. The car was found burned by police, under a bridge with an unidentified corpse inside. AFP FILE PHOTO

Amiridis, 59 at the time of his death in 2016, lived in Brasilia and was on vacation for the Christmas holidays with his wife and his daughter in Rio de Janeiro.

Days after Christmas, the remains of the diplomat were found inside his charred rental car and ripped out under a bridge, in the municipality of Nova Iguacu, near the state capital.

The two were sentenced to 22 years in prison, initially without parole.

“The circumstances of the crime are atypical, since (the ambassador) was executed during the Christmas holidays … in this case, this family was torn apart,” said the Judge Anna Christina da Silveira Fernandes, of the 4th Criminal Court of Nova Iguacu.

In her sentence, she also indicated that “the crime was carefully thought out, premeditated,” by De Souza Oliveira.

“According to the testimony collected, the defendant planned and designed, being the mastermind behind the entire macabre plot,” she added.

The trial had a third defendant: Eduardo Moreira Tedeschi de Melo, a relative of the policeman, who was acquitted of the murder charge but sentenced to one year probation, already served, for helping to hide the body.

In the trial, which lasted for three days, until Friday, the judge heard 18 witnesses.

In her decision, the magistrate also referred to the accused in their capacity as public servants.

“He swore to defend society and not rebel against it (…) dishonoring the Military Police and all the trust placed in him by the State,” she said, referring to Sergio Gomes Moreira Filho.

And she pointed out that De Souza Oliveira, “who calls herself an ambassador, tarnished the name of Brazil and embarrassed the nation with her conduct, given the negative international repercussions of the events.”

De Souza Oliveira and Amiridis had married in 2004, when he was consul in Rio de Janeiro.