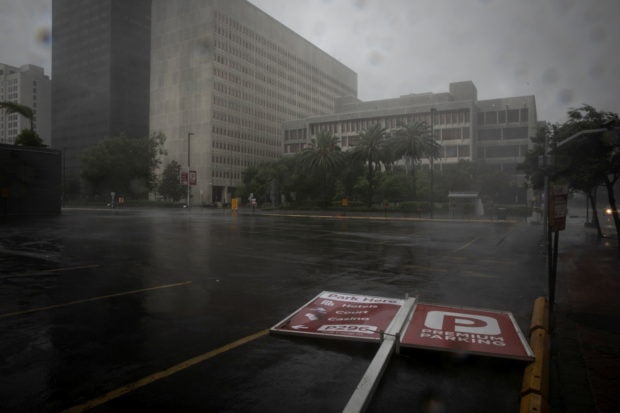 NEW ORLEANS  – Hurricane Ida made landfall in Louisiana on Sunday as an extremely dangerous Category 4 storm, forcing those who did not flee to brace themselves for the toughest test yet of the billions of dollars spent on levee upgrades following Hurricane Katrina 16 years ago.

Hundreds of miles of new levees were built around New Orleans after the devastation of Katrina, which made landfall 16 years ago to the day, inundating historically Black neighborhoods and killing more than 1,800 people.

“This is one of the strongest storms to make landfall here in modern times,” Louisiana Governor John Bel Edwards said at a news briefing.

The state “has never been more prepared,” he said, predicting that no levees in the Hurricane & Storm Damage Risk Reduction System protecting the greater New Orleans area would be overtopped.

“Will it be tested? Yes. But it was built for this moment,” he said. Edwards said some levees in the state’s southeast not built by the federal government were predicted to overtop.

More than 300,000 Louisiana homes and businesses had already lost electricity, mostly in the state’s southeast, according to the tracking site PowerOutage.

“As soon the storm passes, we’re going to put the country’s full might behind the rescue and recovery,” President Joe Biden said after a briefing at the headquarters of the Federal Emergency Management Agency in Washington.

Just three days after emerging as a tropical storm in the Caribbean Sea, Ida had swelled into a Category 4 hurricane on the five-step Saffir-Simpson scale with top sustained winds of 150 miles per hour (240 km per hour), the NHC said.

Palm trees trembled as rain blasted in sideways through New Orleans on Sunday, where retired 68-year-old Robert Ruffin had evacuated with his family to a downtown hotel from their home in the city’s east.

“I thought it was safer,” he said. “It’s double trouble this time because of COVID.”

Hours later, howling winds sucked out windows on the hotel’s third floor, and blue curtains were seen fluttering outside.

In the capital of Baton Rouge, Marvin Broome said he had no choice but to stay home because his wife is the mayor, Sharon Weston Broome. The 73-year-old English teacher said in a phone interview he was stashing family valuables and important papers in a safe part of their home while Mayor Broome dealt with the city of 224,000.

Predicted storm surges were already happening, exceeding 6 feet (1.83 m) in some parts of the coast. Parts of Highway 90 that runs along the Louisiana and Mississippi Gulf Coast had become a choppy river, according to videos posted on social media.

The NHC also warned of potentially catastrophic wind damage and up to two feet (61 cm) of rainfall in some areas.

Residents who have no interior rooms in their home were told to move to a closet or bathroom for protection, with the governor warning it could take 72 hours for emergency responders to arrive. Some parishes imposed curfews beginning Sunday evening, forbidding people from going outside.

“We’re as prepared as we can be, but we’re worried about those levees,” said Kirk Lepine, president of Plaquemines Parish on the state’s Gulf Coast.

Plaquemines, one of the most vulnerable parishes, is home to 23,000 people along the Mississippi delta. Lepine feared water topping levees along Highway 23.

‘EVERYONE WHO CARES ABOUT NEW ORLEANS IS WORRIED’

Officials had ordered widespread evacuations of low-lying and coastal areas, jamming highways and leading some gasoline stations to run dry as residents and vacationers fled, although Edwards said it was impossible to evacuate patients from hospitals.

Louisiana hospitals were treating some 2,450 COVID-19 patients after a surge in infections, Edwards said, with many in some of the state’s parishes already nearing capacity.

“Everyone who cares about New Orleans is worried,” said Andy Horowitz, a history professor who wrote “Katrina: A History, 1915-2015.” Horowitz fled to Alabama with his family from their home near New Orleans’ French Quarter.

Some $14 billion was spent strengthening levees after Katrina, but that may still be insufficient in the face of climate change, he said. Climate change has led to more intense and wetter hurricanes in the region.

Biden earlier said 500 federal emergency response workers were in Texas and Louisiana to respond to the storm.

The Bureau of Safety and Environmental Enforcement (BSEE) said 288 oil and gas platforms and 11 rigs in the U.S. Gulf were evacuated, while the volume of suspended oil production there rose to 96%. Almost 94% of Gulf of Mexico natural gas production was also out.

Phillips 66 shut its Alliance plant on the coast in Belle Chasse, while Exxon Mobil Corp cut production at its Baton Rouge, Louisiana, refinery on Saturday.