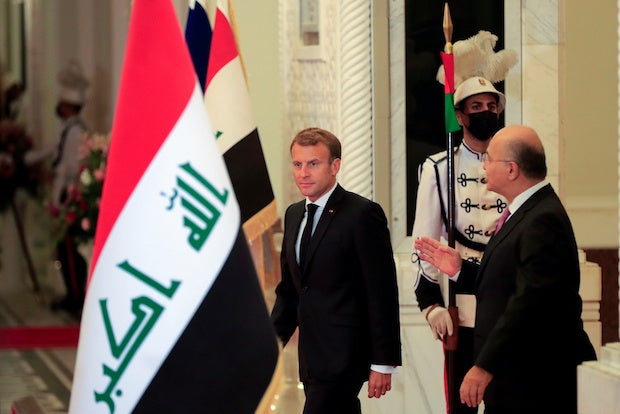 BAGHDAD — French President Emmanuel Macron said on Saturday France will keep troops in Iraq as part of anti-terrorism operations for as long as the Iraqi government needs, whether or not the United States decides to withdraw.

Macron was speaking at a news conference in Baghdad where several Middle Eastern leaders were attending a summit.

Asked about evacuations of people from Afghanistan, Macron said there were preliminary discussions with the Taliban about humanitarian issues and who would help those who need protection. France said on Friday its evacuation operation had finished.