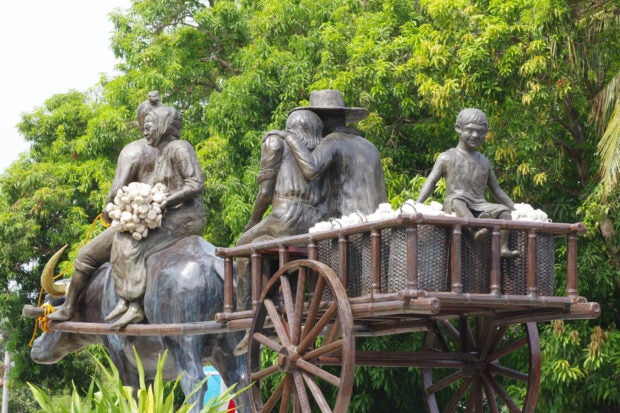 LAOAG CITY—The garlic industry in Ilocos Norte is being bolstered as a bill that recognizes the province as a “major producer” of garlic in the Philippines has moved forward at the House of Representatives.

House Bill No. 8109 or “An Act Declaring the Province of Ilocos Norte as the Garlic Capital of the Philippines” has been approved on third and final reading, according to Ilocos Norte Rep. Angelo Marcos Barba on Aug. 23.

The bill sought to bolster the competitiveness of the Ilocos Norte garlic, also known as “white gold,” and recognize the garlic industry in the province for its consistent high yield in the past years, according to Barba.

After recovering from a downfall in 2016 due to pest and disease infestation, the garlic industry in the province has consistently produced more than 4,000 metric tons of garlic, said Barba.

The latest annual report from the Department of Agriculture said Ilocos Norte remained the top producer of garlic in the country, accounting for at least 55.7-percent of average production.

“Garlic self-sufficiency can tremendously increase the country’s export earnings and provide a livelihood to our farmers,” he said.

Around 1,880 hectares of combined land in Pasuquin, Bacarra, Burgos, Vintar, and Pinili towns, and Batac City, are devoted to garlic farming in the province.

The state-run Mariano Marcos State University (MMSU) in Batac City had taken the lead in enhancing the processing and production of the “black garlic” in the province for local and international markets.

Black garlic, or aged white garlic, is sought-after in Korea, China, United States, Thailand, and the United Kingdom for its health and culinary benefits.

In a statement on Aug. 23, MMSU said it would strengthen its research and development to boost garlic production in the province.