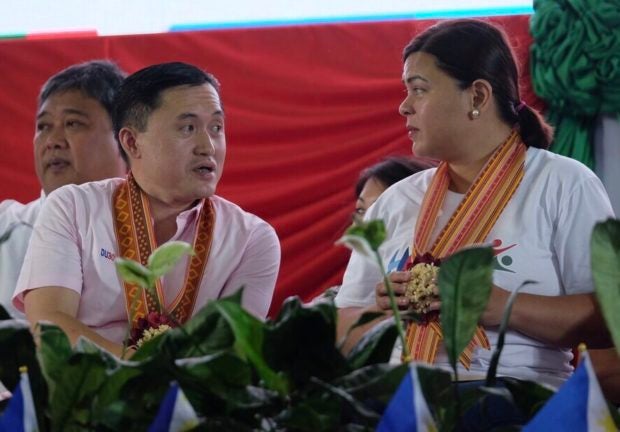 Cusi recently said that PDP-Laban will push through with its preparations for the filing of certificates of candidacy in October and the 2022 polls.

PDP-Laban members have endorsed the tandem of Senator Bong Go and President Rodrigo Duterte to run for president and vice president, respectively, in the upcoming elections.

“I don’t think that kind of scenario will happen. That is the position of PDP-Laban and so we are going through with our preparations for the October filing and the 2022 elections,” Cusi said in a PDP-Laban press release Thursday.

“We are planning and we are making our decisions based on the Go-Duterte tandem. Now, if there is any change in the political landscape along the way, we are going to face it when the time comes,” he added.

On Wednesday, Duterte-Carpio bared receiving letters endorsed by her father pushing her to either support the Go-Duterte tandem or make Go her running mate should she decide to run for president next year.

Cusi said he is not privy to the letters that Duterte-Carpio supposedly received. But, he said, the PDP-Laban would welcome Duterte-Carpio’s possible endorsement of the Go-Duterte tandem. He also said the party has not yet discussed the option of Go being the Davao City mayor’s running mate in 2022.

“Let’s say Mayor Sara will endorse the tandem of Bong Go-President Duterte, wow! We will welcome that. I personally would say that it would be good for our party,” he said.

“As to the second option for Bong Go to run as the vice presidential running mate of Mayor ‘Inday’ Sara, that is something that we have not discussed within the party because our efforts are really focused on the Go-Duterte tandem, Cusi added.

Go earlier said he is not interested in running for president.

PDP-Laban’s press release on Thursday also quoted Cusi saying that his offer for Pacquiao to run for re-election as senator under PDP-Laban is still on the table.

Cusi has reached out to Pacquiao to offer him to lead the political group’s senatorial slate in 2022.