Pimentel, Munsayac owe Sara Duterte an apology for dragging her in ‘propaganda’ — Matibag 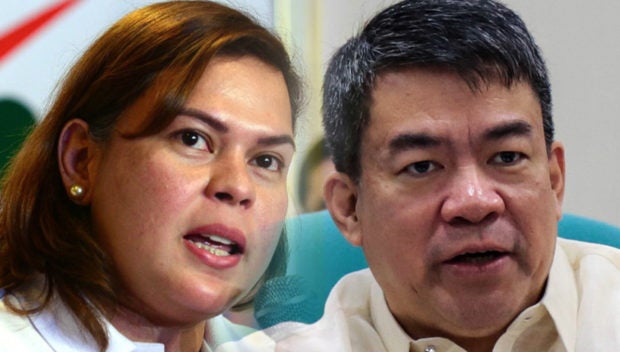 MANILA, Philippines — Senator Aquilino “Koko” Pimentel and PDP-Laban Executive Director Ron Munsayac should apologize to Davao City Mayor Sara Duterte-Carpio for supposedly “dragging” her into their “propaganda” amid the squabble within the party, an official identified with the Cusi wing said.

“Dapat mag-apologize sila. They should apologize. That’s very ungentlemanly. I am sure Mayor Sara can defend herself… pero mali talaga e. They should not behave ungentlemanly,” PDP-Laban Secretary General Melvin Matibag told reporters in an online interview Thursday.

“We agree with the statement of Mayor Sara, her name should not have been used by Senator Koko Pimentel and Ron Munsayac in their propaganda,” he added.

Recently, Duterte-Carpio called out Pimentel, who is the PDP-Laban executive vice chairman, and Munsayac for supposedly “blaming” her for the “sitcom” that the ruling political party “has been reduced to.”

“The actuations of Sen Koko Pimentel and Mr. Munsayac were not sanctioned by the party and they were acting for their own personal interest,” Matibag went on.

“And it’s unfortunate that the good name of Mayor Sara Duterte is being dragged by these few individuals…,” he added.

Munsayac, who is identified with the group of Senator Manny Pacquio and Pimentel, has yet to respond to requests for comment.

He earlier claimed that “most” members of the party see the endorsed Go-Duterte tandem as a “smokescreen” for their “real candidate.”

“We’re in touch with our old guards and grassroots party mates daily. The sentiment of most of our party mates is that the tandem is merely a smokescreen for their real candidate — Mayor Sara Duterte,” Munsayac had said.

“Our internal dispute has been caused by someone from the inside. That an outsider is being considered as the presidential candidate by an insider is not the fault of the person being mentioned but the fault of the insider who lacks faith, confidence and loyalty to his Party and the talent and skills of the Party members,” the senator added.