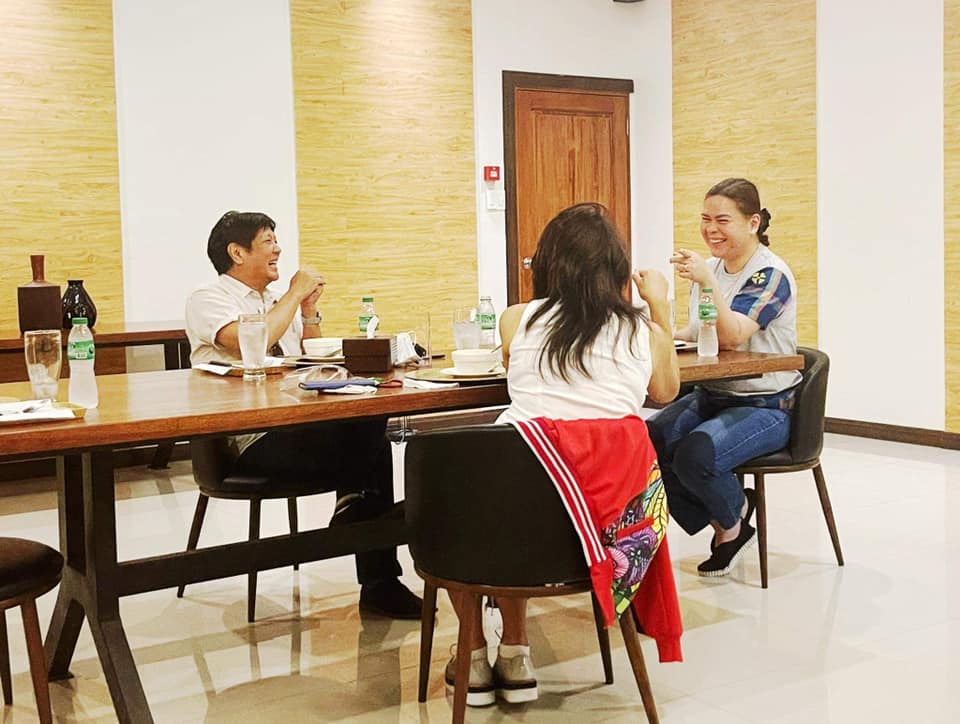 MANILA, Philippines — In case former Senator Bongbong Marcos will not run for president in 2022, his team up with Davao City Mayor Sara Duterte-Carpio would be a “marriage made in heaven,” according to his sister, Senator Imee Marcos.

“I think the most obvious thing is if the Dutertes have the solid South, we are assumed to have the solid North, the Marcoses, so parang marriage made in heaven ‘yan,” Marcos said in an interview on ABS-CBN News Channel.

“Political wisdom says that if you think of the numbers, it looks good, like a really solid tandem,” she added.

The senator said her brother is considering joining the presidential race but adds he remains open for another position.

“Things are still volatile. He’d be honored to be the vice president or the tandem partner of Mayor Sara,” she added.

“It would be great. It would be fun. I’m used to running with Sara,” Marcos said. The senator ran for the Senate in 2019 under Duterte-Carpio’s regional party Hugpong ng Pagbabago.

Duterte-Carpio is being pushed to run for president to succeed her father, President Rodrigo Duterte.

The President recently said he will run for the second-highest post in 2022 unless his daughter vies for the presidency.

Senator Bong Go, who is being endorsed to run for president as Duterte’s running mate, will also drop his possible presidential bid should Duterte-Carpio join the presidential race.

But in a recent statement, the Davao mayor said the President and Go should “stop talking about me and make me the reason for them running or not running.”

‘We need the Dutertes’

Marcos, meanwhile, believes the country “needs the Dutertes” to “get us through this war against COVID.”

“We really need them around. I’m a big fan of the president. I’m sure that if she (Duterte-Carpio) becomes president, the mayor will have the same gumption, the same will, and the same ability to communicate with people,” the senator said.

Nevertheless, Marcos thinks Duterte-Carpio is still “quite different” from her father.

“She’s her own mind. Well, clearly she is not a completely obedient daughter. And perhaps that’s why I share it with her. There are some rebel kids here. But It’s a good match she’ll carry on her father’s determination and her fearlessness,” Marcos added.