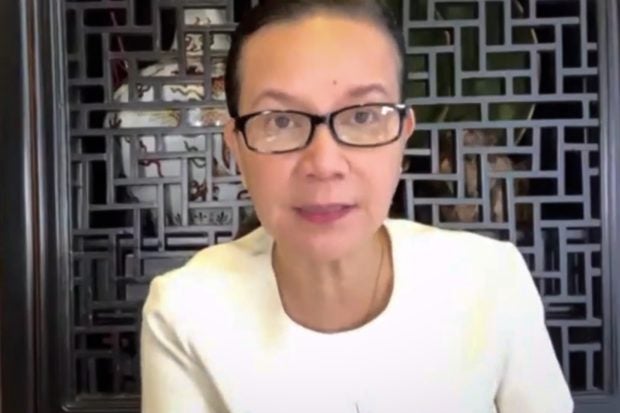 FILE PHOTO: Senator Grace Poe presides over Tuesday’s virtual hearing of the Committee on Public Services on February 9, 2021, on several policies of the Land Transportation Office (LTO), which she says, are seemingly “misplaced” in this time of the pandemic. Poe said the panel is looking into the implementation of a department order authorizing Private Motor Vehicle Inspection Centers (PMVICs), which, motorists complained, have doubled or even tripled the “inspection fees.” (Screen grab/Senate PRIB)

MANILA, Philippines — Senator Grace Poe has denounced the “resurgence” of the Private Motor Vehicle Inspection Centers (PMVICs), which, according to her, have led to long lines without social distancing amid the threat of the more transmissible COVID-19 Delta variant.

In her privilege speech during Monday’s session, Poe called on the Department of Transportation (DOTr) “to listen to the people on the ground” and “place their highest interest first” citing reports of the “disorderly” resumption of PMVIC operations.

(During a pandemic when every peso counts, it’s a crime to make money using a policy teeming with problems.)

“It’s really very punishing for our countrymen,” she added.

Poe noted that “almost all regions” are now covered by a so-called Geographical Area of Responsibility or GAOR where PMVIC testing is mandatory except for CAR, CARAGA, and BARMMM.

She also mentioned an official communication sent by Gov. Migz Villafuerte of Camarines Sur which confirmed that the usual emission test is still cheaper despite the DOTr’s assurance that costs for the PMVIC test have been lowered.

(We’re just being spun but in the end, the PMVIC owners still emerge as the winner and the motorists, losers.)

Poe further disclosed that there have been reports where motorists are supposedly forced to buy insurance policies from PMVIC operators in order to get a passing mark on their vehicle examination.

“I call on the DOTr to listen to the people on the ground. Hindi pera kung hindi tao ang dapat nating inuuna (People first, not money),” she stressed.

The Senate committee on public services led by Poe earlier recommended the repeal of Department Order 2018-019 and all related issuances due to “numerous reports of flaws in inspection standards, errors in test results, and the lack of transparency in the accreditation process.”

Last July, Senate President Pro Tempore Ralph Recto had already asked the DOTr and the Land Transportation Office (LTO) to show the legal basis for the revival of the motor vehicle inspection scheme that was earlier suspended by President Rodrigo Duterte.

But Recto had cited Memorandum Circular No. MC-SC-2021-02 dated July 5 wherein the DOTr set guidelines for the LTO to only accept motor vehicle inspection reports from PMVIC in their designated areas.

“Has the revival of the mothballed PMVIC scheme been given a go-signal by the Office of the President?” Recto had asked.

During Monday’s session, Senate Minority Leader Franklin Drilon proposed the adoption of a resolution condemning the DOTr and LTO for implementing Department Order 2018-019, which requires the mandatory testing of vehicles by a PMVIC before car registration renewal.

“May I so move that this particular practice of inspection being conducted continuously by the LTO despite the sentiment of the Senate and the instructions of the President be condemned in the strongest possible terms,” Drilon said.

Senators agreed in principle to adopt a resolution to that effect. The actual resolution may possibly be issued on Tuesday, August 24.