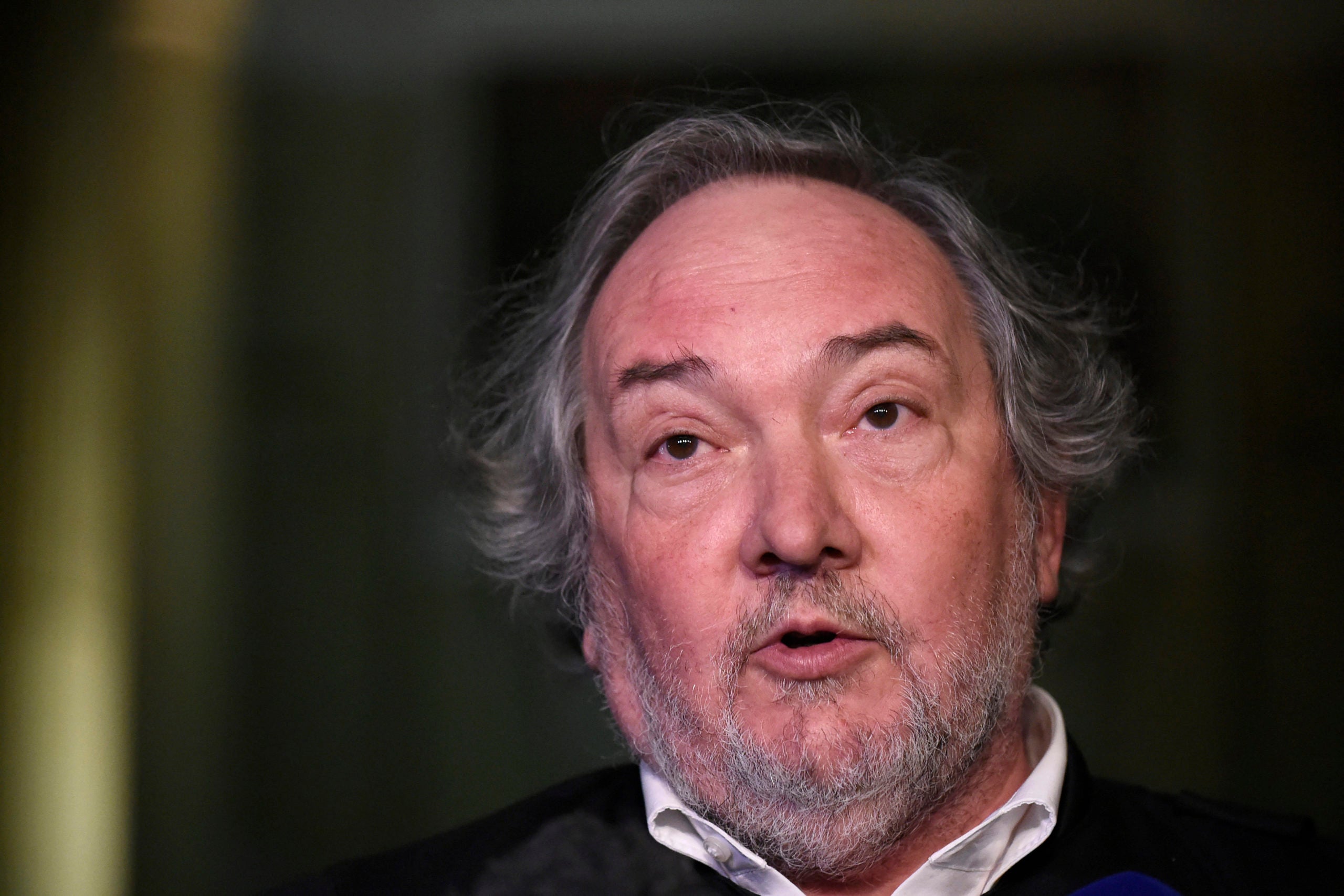 KIGALI, Rwanda — The Belgian lawyer of Paul Rusesabagina, the “Hotel Rwanda” hero turned government critic, has been deported from Rwanda for what authorities said was a breach of immigration law.

The deportation on Saturday came just a day after a verdict was delayed in a high-profile trial of Rusesabagina, who the government accuses of supporting terrorism.

Rwandan authorities said lawyer Vincent Lurquin, who arrived in the country on a tourist visa on Monday, appeared in a court in Kigali on Friday “to represent Paul Rusesabagina wearing a uniform as an advocate.”

Regis Gatarayiha, director general at Rwanda Directorate General of Immigration and Emigration, said that the visitors’ visa allowed Lurquin “to visit the country for 30 days but not to work”.

“But then he ended up working,” he told AFP.

Lurquin was deported on a plane at around 8.40 pm (1840 GMT) on Saturday and “will never be allowed back,” Gatarayiha said.

Lurquin is Rusesabagina’s lawyer in Belgium and had not been defending him during the February-July trial.

Prosecutors have sought a life sentence for Rusesabagina, the former hotelier credited with saving hundreds of lives during the 1994 genocide, and whose bravery inspired the Hollywood film “Hotel Rwanda”.

The government of President Paul Kagame accuses him of supporting the National Liberation Front (FLN), a rebel group blamed for attacks inside Rwanda in 2018 and 2019 that killed nine people.

Rusesabagina, 67, has denied any involvement in the attacks but was a founder of the Rwandan Movement for Democratic Change (MRCD), an opposition group of which the FLN is seen as the armed wing.

His family and supporters insist that the charges against him are fabricated and have campaigned globally for his release.

Rusesabagina, who used his celebrity following the 2004 film to denounce President Paul Kagame as a dictator, was arrested in August 2020 when a plane he believed was bound for Burundi landed instead in Kigali.

The trial opened in February, but Rusesabagina, a Belgian citizen, and US green card holder, has boycotted proceedings since March, accusing the court of “unfairness and a lack of independence.

In Kigali on Friday, Lurquin said that Rusesabagina had not been able to choose his lawyer for a year, saying it was “a basic right”.

He also denounced that he was denied access to the prison where Rusesabagina is being held pending the verdict, which had been scheduled to be announced on Friday.

But the court on Friday said it would instead give its verdict against Rusesabagina and his 20 co-accused on September 20, without giving a reason for the delay.

The Rwanda Bar Association’s president Julien Kavaruganda on Twitter denounced that Lurquin “appeared in court as a lawyer, in a lawyer’s gown, although he is not a member” of the bar and “is not allowed to practice in Rwanda”.

Government spokeswoman Yolande Makolo responded by saying that “Lurquin’s crooked behavior is a clear violation of the rules of legal practice in Rwanda.”