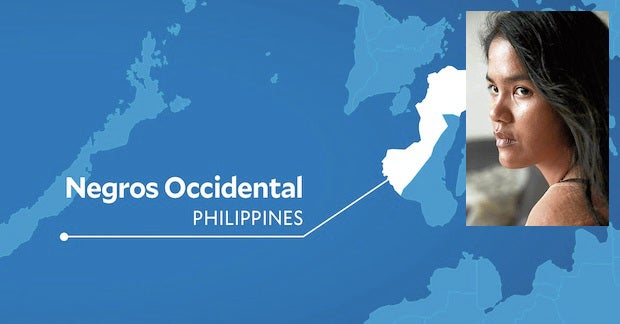 The death of Kerima Lorena Tariman, 42, was confirmed by the Apolinario Gatmaitan Command of the New People’s Army (NPA) on Negros Island in a statement on Saturday.

Also killed in the encounter in Barangay Kapitan Ramon, Silay, were another rebel identified only as “Pabling” and a soldier, Private First Class Christopher Alada of Barangay Indorohan, Badiangan, Iloilo.

Both the Army and the NPA hailed their fallen comrades as “heroes.”

But for Kerima’s father, Pablo, her death was something he had prepared himself for since she joined the communist movement.

“I am proud of my daughter. She was consistent all the way. I like the way she lived her life, in (her) poetry and commitment. I was ready for this death years back. When it happened, it was not surprising. I am proud of her,” said Pablo, who writes for Inquirer Lifestyle.

Pablo was scheduled to fly to Negros Occidental to identify her body and bring her home to Legaspi City in Albay.

But Pablo said there was no doubt that the dead female rebel was her daughter.

“A friend of Kerima in Silay described a photo taken at the encounter site. I asked her to describe how she looked and I’m certain it’s my daughter,” he said.

Pablo said his daughter took up Philippine Studies at UP where she met her husband. The couple has a son.

Pablo said Kerima published her first collection of poetry at age 16 and won poetry competitions in UP.