De Lima thanks Lacson for ‘courtesies’ while in detention 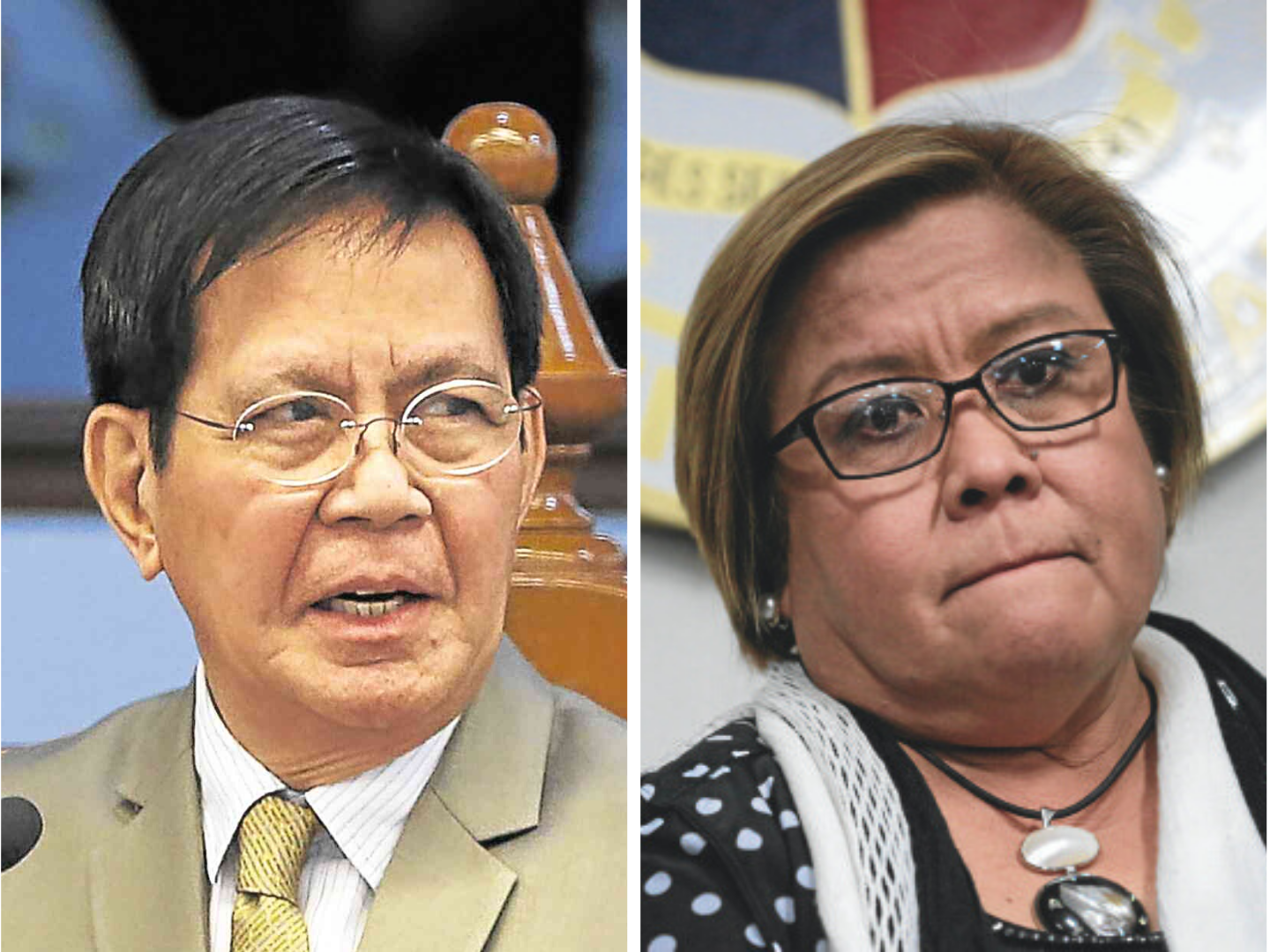 MANILA, Philippines — Senator Leila De Lima on Saturday came to the defense of her fellow solon, Senator Panfilo Lacson, who was accused of being an “enabler” of the Duterte administration in efforts to detain her.

In a statement, De Lima said she had heard that Lacson’s camp had reacted to an opinion article stating that he was “one of those Duterte’s enablers involved in the effort to crucify [her].”

“Sen. Ping reportedly belied said article, saying that in fact, Sen. Ping was supportive of me once I was detained. He joined the call that I be allowed to participate in Senate sessions via videoconference and that I be accorded hospital confinement during emergencies,” said De Lima.

“I do not wish to delve, at this point, on his alleged role in my persecution. But let me say this—Sen. Ping and I have not always seen eye to eye but while I have been illegally detained, he did show me a number of courtesies. That is undeniable. I thank him for that,” the senator added.

“When you are in jail for a crime you didn’t commit, you appreciate every act of kindness,” De Lima further went on saying.

De Lima, a staunch critic of Duterte, has been detained since February 2017 for drug-related charges which she said were “trumped-up.”