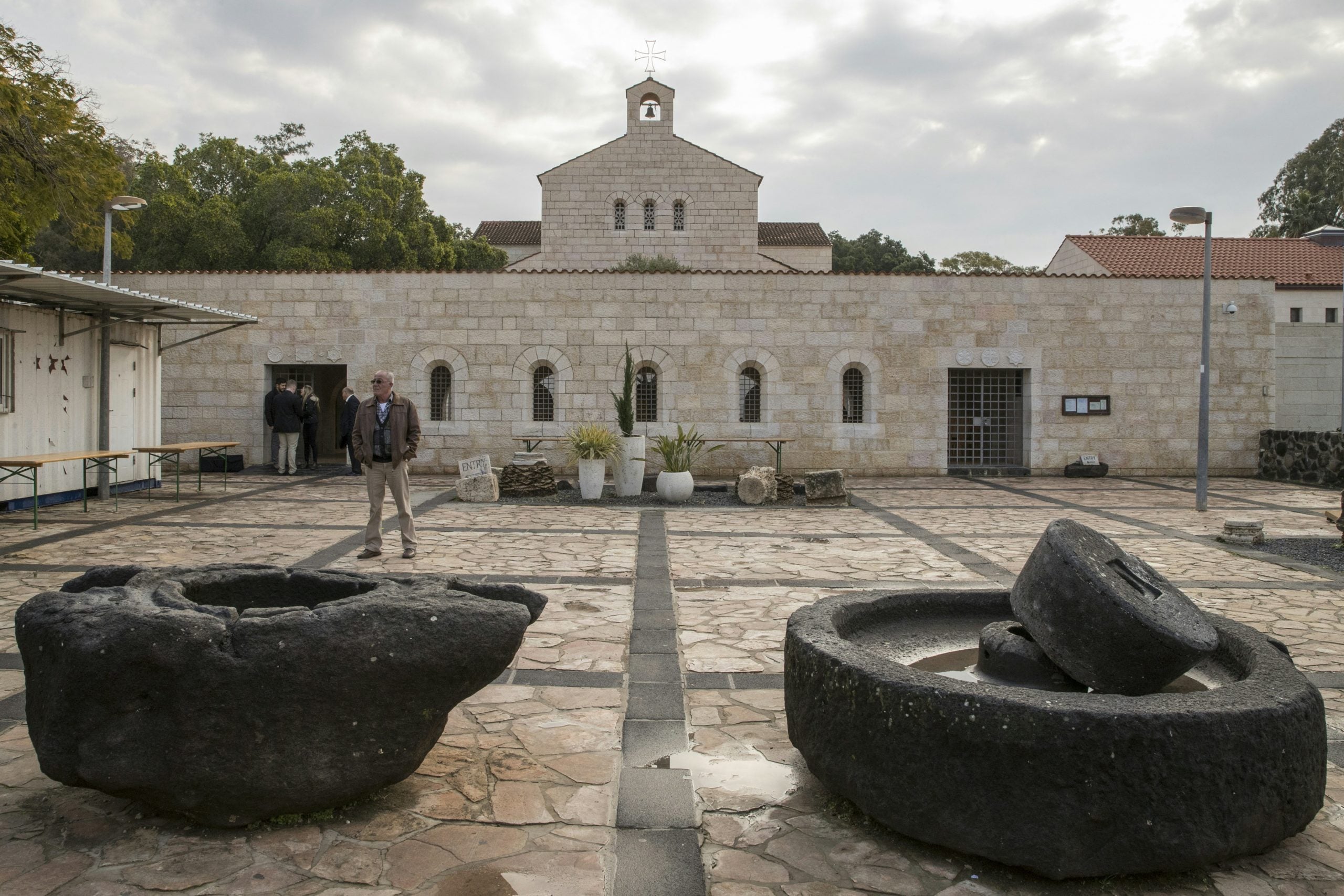 (FILES) This file picture taken on February 12, 2017, shows a view of the Church of the Multiplication of the Loaves and Fish in Tabgha northern of Israel, upon its reopening following eight months of renovation. – Vandals pried an iron cross out of a rock outside the church where Jesus is believed to have fed thousands at the Sea of Galilee, a church official said on August 21, 2021. (Photo by JACK GUEZ / AFP)

JERUSALEM — Vandals have stolen a cross from outside a church in northern Israel where Christians believe Jesus performed the miracle of the loaves and fishes, a church official said Saturday.

Thieves on Thursday pried the iron cross out of a basalt rock altar outside the Church of the Multiplication of Loaves and Fishes in Tabgha, at the Sea of Galilee, said Georg Roewekamp.

Roewekamp, who represents the German Association of the Holy Land that owns the property where the church is located, denounced an “anti-Christian” act.

“It shows that people can invade and desecrate our property,” he told AFP.

The Israeli police said they had launched an investigation.

“Following the incident, an investigation has been opened at the Tiberias police station,” a statement said.

In 2015, the church, where Jesus is said to have fed the multitudes by multiplying loaves and fishes, was torched by vandals who left behind graffiti in Hebrew.

Three Jewish extremists were indicted for the attack in what was then termed a hate crime against Israel’s minority Christian community, and one was later convicted.

Roewekamp said the cross was some 15 centimeters long (about six inches) and was embedded in a basalt rock altar at an outdoor prayer place on the shores of the Sea of Galilee.

He said vandals may have arrived by boat, adding that he has little hope of finding the cross.

“Because the cross was fixed very well in the basalt stone, it was removed but it was not by coincidence,” he added.

Nearly 200,000 Christians live in Israel, representing about 2 percent of the population.

They are mostly Arab citizens of Israel and live predominantly in the country’s north.