Lao surfaces to deny overprice, but Lacson blasts his ‘hubris’ 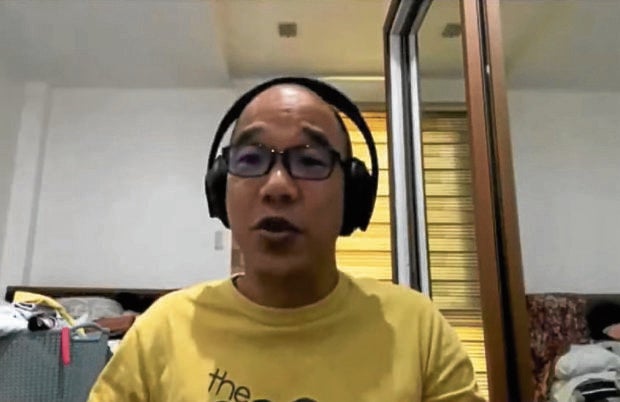 The former budget official “wanted” at the Senate blue ribbon inquiry into questionable expenditures of the Department of Health (DOH) appeared unexpectedly at Malacañang’s press briefing on Friday and defended himself.

Lloyd Christopher Lao, a former budget undersecretary and resigned head of the Procurement Service of the Department of Budget and Management (PS-DBM), said there was nothing unusual and no overpricing in the transfer of P42 billion in DOH funds for the purchase of face masks and shields.

Lao said the PS-DBM was authorized to buy “common-use supplies” such as face masks and shields for government agencies including the DOH, and that the items it had sourced were “one of the cheapest” because supply was scarce then.

He said he was prepared to attend the Senate inquiry into the issue.

“Of course, it’s my responsibility, and I am willing to … shed light on the matter. I believe in the objectivity of the Senate blue ribbon committee headed by Senator [Richard] Gordon, that it is fair and just, and … a proper and appropriate avenue for me to shed light on what actually transpired,” he said.

But in a series of Viber messages to the Inquirer, Sen. Panfilo “Ping” Lacson said Lao’s connections to the Palace may have allowed him to engage unchecked in an “overpricing binge” of COVID-19 supplies.

Lacson said that apart from the questioned transfer of P42 billion for the purchase of face masks and shields, Lao was also involved in the purchase of COVID-19 testing equipment at inflated prices.

“As it now appears, the overpricing binge has not only persisted but has [also] increased in pace and volume,” the senator said.

Lao spoke at the televised Laging Handa briefing via videoconferencing. His name was not on the list of guests that Malacañang provides to the media in advance.

He said the P27 and P120 costs of each of the face masks and shields that the PS-DBM bought would appear expensive now, but at the time, these prices were the “cheapest” offered at a good volume.

“At that time,” he said, “face masks were sold at around P30 to P40 [each],” he said, adding that even the Department of Trade and Industry raised its suggested retail price of P28 then.

The higher prices were due to the scarcity of supply as pandemic restrictions hampered the importation of the items, but the prices of face masks and shields have since dropped because of increased supply, he said.

Lao said the DOH transfer of funds to the PS-DBM was a usual practice of government agencies to make the procurement of common-use supplies more efficient.

He said the DOH was “a bit overwhelmed” during the pandemic because its personnel had to look after hospitals and quarantine facilities and see to the building of COVID-19 testing labs, on top of procuring items.

“So they would rather have it removed from their shoulders and passed on to other agencies, which is in this instance is PS-DBM,” he said.

Lao said the bidding process could be lengthy and would involve at least five persons.

“In order not to dilute the manpower, resources and time of these agencies, a different agency is focused and performs the function for them. That is the PS-DBM,” he said.

He also said the Government Procurement Policy Board classified face masks and shields, rubbing alcohol, etc. as common-use supplies for the DOH and other government offices.

Thus, he said, the PS-DBM could buy these for all these agencies.

And there was no need for a memorandum of agreement for the P42-billion fund transfer because the items purchased were common-use supplies, he said.

Senate Minority Leader Franklin Drilon had found the fund transfer unusual and wondered who had directed it. He also said the DOH could have purchased the medical supplies through its own procurement service.

A lawyer, Lao was earlier identified as an aide of Sen. Bong Go when the latter was still special assistant to President Duterte. Go has denied this.

Lao said he was no politician and was “just like any other Filipino who wants to try, apply, try his profession, his luck in the community.”

“To politicize [the issue] is very unfair” to him and the officials being linked to him, he said.

“People think it’s something political—no, it’s not! I have been doing it; it is part of my character. I worked in government when I was a law student, so I can go to school,” he said.

Lao, who quit his post at the PS-DBM in June, said he planned to return to private practice after taking it easy for a couple of months.

“It’s a bit tiring because you want to do something good, prove something to yourself. But people make it a lot of things. So, it’s best for me to just stay out of politics because you can never isolate yourself in politics, even if you are not a politician,” he said.

But Lacson said the Senate blue ribbon committee “must not stop” at summoning Lao to the hearings.

“We should in fact make him accountable for whatever criminal culpability when evidence warrants the filing of criminal charges against him,” Lacson said.

Sen. Juan Edgardo Angara, chair of the Senate finance committee, also backed Drilon’s wish to summon Lao for questioning, saying: “Yes, he should be invited to shed light on all these issues involving procurement.”

“That is the problem when officials start to develop a feeling of hubris for whatever connections they have developed with their benefactors or cohorts in the higher echelons of power,” Lacson said.

“They think nothing can get in the way. In the end, the taxpayers and the public in general … become the means to satisfy these officials’ insatiable greed for wealth and opportunities for self-aggrandizement,” he said.

Lacson said it was “pretty obvious” that the lack of pushback for transactions made at Lao’s behest was due to his previous Malacañang post and earlier association with Go, an influential figure in the President’s inner circle.

The senator recalled DBM officer in charge Tina Rose Marie Canda narrating “how he defended the overpricing before the [executive committee].”

“Nobody dared to stop him. What else could that mean?” Lacson said.

Lacson said his first encounter with Lao occurred during a Senate committee of the whole hearing in May 2020 at which he asked Health Secretary Francisco Duque III about allegedly overpriced swab test kits and machines purchased by the DOH.

At the time, the senator confronted Duque with documents on the purchase of 10 COVID-19 testing machines with the brand Thermo Scientific King Fisher Flex at P4 million per unit, double the price of P1.75 million each of a similar machine bought by a private group.

“Duque immediately pointed to Lao as the one responsible for the procurement, thus taking the heat off the DOH,” Lacson recalled.