US VP Harris’ trip to Asia will show U.S. commitment to a ‘free and open Indo-Pacific’ 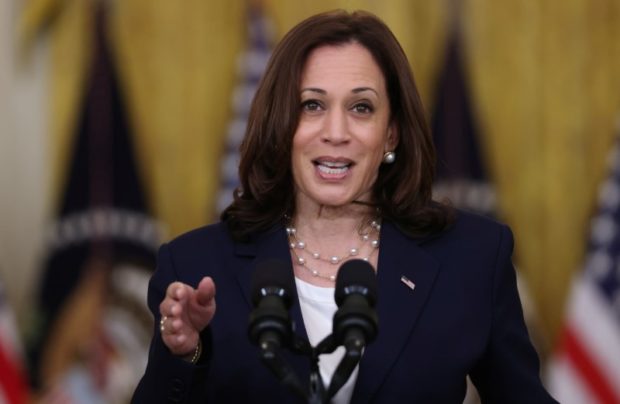 U.S. Vice President Kamala Harris discusses the U.S. Senate’s passage of the $1 trillion bipartisan infrastructure bill, during a meeting in the State Dining Room at the White House in Washington, U.S., August 10, 2021. (REUTERS)

WASHINGTON  – Vice President Kamala Harris’ upcoming trip to Vietnam and Singapore will show that the Biden administration is committed to a “free and open Indo-Pacific” and that the United States is in the region to stay, a senior administration official said on Thursday.

Harris’ trip to Asia aims to establish deeper ties with a network of allies in Southeast Asia, which the United States considers key to checking Chinese expansion.

A senior White House official told Reuters earlier this month that the vice president’s focus would be on defending international rules  in the South China Sea, strengthening U.S. regional leadership and expanding security cooperation in the region.

The official on Thursday said Harris would continue to work on issues tied to Afghanistan while on her Asia trip.

“It’s been an overwhelming focus and priority of the whole team including the vice president. And she will continue to work on those issues, and be in constant contact with Washington and her colleagues during this trip,” the official said.

“At the same time, it is also true that Southeast Asia and the Indo-Pacific are really important. And that’s why she’s going.” the official added.

Harris is due in Singapore on Sunday. She will be the first U.S. vice president to visit Vietnam and arrives in the country on Tuesday and departs next Thursday.