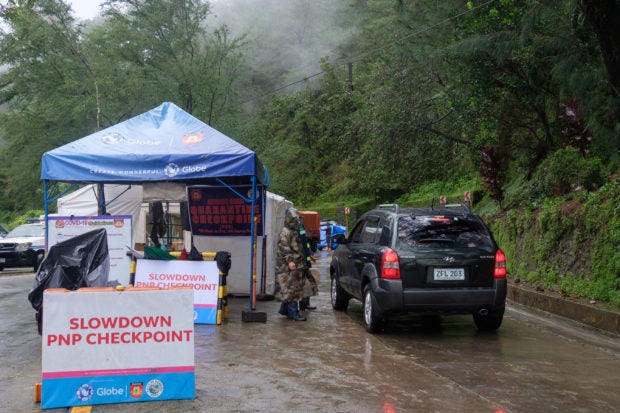 BAGUIO CITY—Vehicles used by film production teams while on-location shoots in this city would be tagged so their movement could be tracked to avoid a repeat in the health protocol breach made by a group filming a movie starring actor Arjo Atayde, officials said on Wednesday.

Puzon said the city government issued seven permits this year to groups wanting to shoot in Baguio. The validity of these permits may last for a day, like the one issued to a television news crew that looked into a viral outbreak affecting local horses, or for more than a month, like the document given to the production team of Atayde’s movie, “Hey, Joe.”

Atayde and nine others tested positive for COVID-19 during mandatory exit interviews and medical examinations after the shooting wrapped up on Aug. 16. The infected crew members submitted to quarantine.

But instead of isolating here, Atayde was taken to a hospital in Metro Manila without informing the city’s medical front-liners and contact tracers.

Feelmaking Productions Inc., the producer, said the actor had to be rushed to Metro Manila as he suffered a high fever and had a medical condition that needed treatment there. It has apologized to Magalong for the breach.

It was not clear how and where Atayde was infected, although contact tracers were interviewing the production’s drivers who might have left and returned to Baguio without undergoing triage, according to city government sources.

The city was also investigating how Atayde managed to cross the checkpoints.

Baguio is enforcing strict border regulations after a returning overseas Filipino and an English language teacher turned out to have contracted the more contagious Delta variant in July.

Puzon said another film featuring actress Jodi Sta. Maria was allowed to shoot in the city until November. A war movie is also being filmed in Baguio City and Benguet province.

As of Wednesday, all these projects had been suspended pending a review and inspection of film set “bubbles.” The movement of every member of the production is supposed to be confined to these bubbles, which cover the set and accommodation facilities. —VINCENT CABREZA