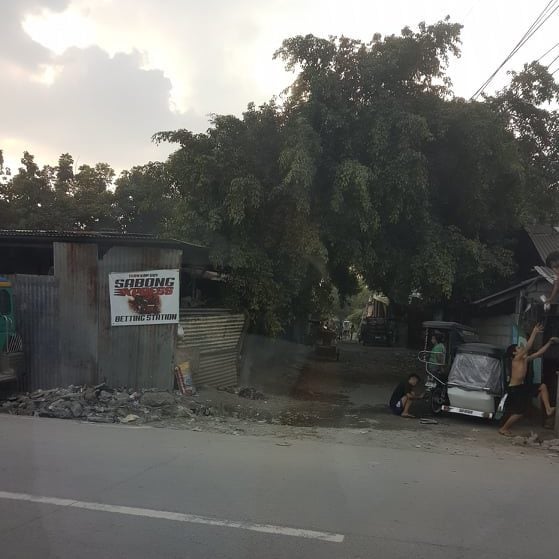 An online sabong betting station is found in this area in Angeles City. (Photo by Jun A. Malig)

MABALACAT CITY, Pampanga — Gov. Dennis Pineda has ordered the closure of home-based online sabong (cockfighting) betting stations in the two cities and 19 towns of this province due to mounting complaints, particularly on social media.

Several agents of a company operating Sabong Express in the province have confirmed the shutdown.

“We were told by policemen not to operate betting stations in houses anymore. They told us it was Pineda who gave the order,” an online sabong agent told the Inquirer.

“Yes, it is now prohibited to use residences as betting stations. Only betting stations located in business establishments are authorized to operate. The directive came from the governor several days ago,” Elefanio said in a text message to the Inquirer on Tuesday night.

On Aug. 5, the Catholic priests of the seven parish churches in nearby Magalang town expressed their opposition to the proliferation of online sabong (cockfighting), saying the internet-based gaming has been victimizing the poorest of the poor.

In their letter to Magalang Vice Mayor Norman Lacson, presiding officer of the municipal legislative council, the priests of the seven parish churches in the town expressed their concern “against the proliferation of online sabong and its betting stations throughout the municipality.”

They asked the legislative council to pass an ordinance that would regulate the conduct of online sabong in Magalang because it can be accessed by anybody, including minors.

“We earnestly appeal that the current online sabong in our municipality be strictly regulated, if not totally eradicated,” the Catholic priests said in their letter to Lacson.

The priests said online sabong results in debts and commission of petty crimes because only a very small percentage of the bettors win.

Read Next
Zambales to be placed on GCQ with heightened restrictions
EDITORS' PICK
COVID-19 wave may reach ‘ber’ months
TNT brings Sarah G and Mimiyuuuh together for epic collab
Over 2M downloads on Google Play, App Store in 4 months for PalawanPay app
House energy committee chair Arroyo bats for cheap electricity
Taal still showing signs of unrest
Hard times force even seniors to look for jobs
MOST READ
Tagle one of cardinals eyed to become next pope, says report
Pop music and ‘Grease’ star Olivia Newton-John dead at age 73
Kulturkampf: ‘Katips’ vs ‘Maid in Malacañang’
‘Not right’ to call procurement of laptops ‘anomalous’ – DepEd
Don't miss out on the latest news and information.