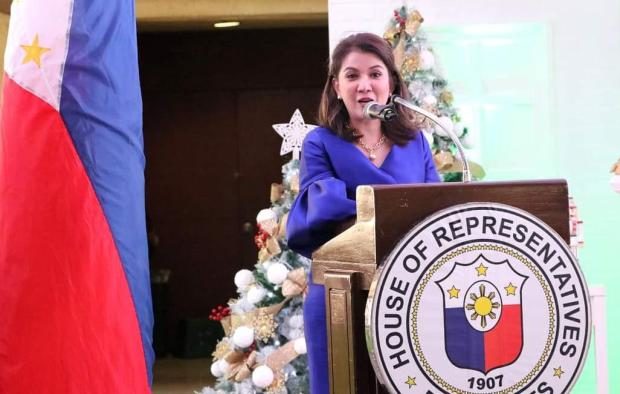 MANILA, Philippines — In the wake of the ongoing conflict between the Department of Health (DOH) and the Commission on Audit (COA), a lawmaker on Thursday proposed the creation of a pre-audit system that examines funds even before its release in an effort to address audit controversies.

According to San Jose Del Monte City Rep. Florida Robes, this is what her House Bill No. 7124 seeks to institutionalize to prevent or minimize any questions on public funds used by government agencies.

A pre-audit system would require that all transactions and contracts be scrutinized prior to releasing the funding necessary for the system’s implementation, according to Robes. It will ensure that the government funds will be used within the time period set for their intended purposes.

“This system is for the protection of our officials, our people and our institutions because it ensures that the government agency has the capacity to implement the program within the allotted period,” Robes said.

With the bill, a Pre-Audit Office shall be created at the COA for the manpower required to guarantee immediate compliance with the system’s requirements.

All expenditures and uses of public funds will then undergo mandatory pre-audit before any funds are released. COA shall then issue a Certificate of Pre-Audit within a period of 15 days from receipt of all pertinent documents to ensure that there will be no delay in the disbursements.

“If the COA does not issue a certificate, it is mandated to decline the issuance of the same, on valid and legal grounds within a period of 15 days from receipt of all pertinent documents relative to the intended disbursement of public funds,” said Robes.

COA shall then be mandated to submit an annual report to the President of the Philippines and to Congress on the status of the implementation of the pre-audit system no later than June 30 of every year following its approval, for the sake of transparency.

“With the controversy hounding the Department of Health and other government agencies and instrumentalities, this affects the credibility of our officials, our institutions and the delivery of goods and services. It is the Filipino people who suffer,” said Robes.

“This bill seeks to address this by making sure that even before public funds are released, they are audited to ensure that they go to where they should go at the allotted time. Walang delay at walang nasasayang na pera ng bayan,” Robes added.

This came after a controversy ignited between the DOH and COA when state auditors flagged “deficiencies” in the health department’s P67.32 billion COVID-19 response funds,

Health Secretary Francisco Duque III then accused the COA of damaging the dignity of DOH and its personnel when it released its audit report.

The COA regularly posts all of its audit reports on its official website that is accessible to the public as part of its mission to promote transparency in government. Nowhere in its audit report that flagged DOH’s pandemic fund deficiencies was it stated that the deficiencies were due to corruption.

Most flagged ‘deficiencies’ in P67.32-B fund have been resolved – DOH